Who Are You? – Diana Robinson

The Fictional tale based on the true story of one extraordinary woman’s life. 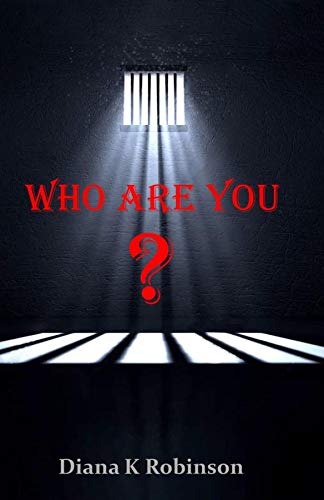 Was he a devil in disguise, or was he suffering from an undiagnosed mental illness?

Reviews from Who Are You? readers:

“What a page turner! I couldn’t put this book down! Beautifully written. The characters truly came alive and felt like old friends by the time the book was finished. One of those reads where you can’t wait to see how it ends but is left feeling heartbroken that its finished. Hope to find more of this author’s books.”
– A. Van Onselen

“After reading “Who are you?”, I have realized that the world is a crazy place where danger and love is all around us at the same time. […] Happiness can change into sadness in a second, excitement become fear instantly and the brightest future change into a pit of everlasting darkness…The constant change in my emotional status caused a total inability to put the book down. […] This real-life experience of Elizabeth dragged me into her emotional journey and made me realize that a person can endure far more than you think. This was a fantastic book!!!”
– Corne Van Zyl

Contact us here to request a review copy of the book

‘Who Are You?’ is the epic 520-page psychological thriller that follows young Elizabeth Pieterse, born and raised on a remote farm in South Africa. Elizabeth is a trainee nurse, but naïve as a person and on meeting Dion Du Toit, a devilishly handsome salesman, his debonair and suave exterior soon starts to fade, and as his alter ego succumbs to reality, Elizabeth discovers the monster existing underneath, one wedding too late.

Dion is also the reason that Elizabeth is grappling with serious financial problems within her company and in a courageous but ill-advised attempt to find resolution, there is one moment that could have changed her life forever, if she’d just picked up the phone.

Who Are You? Is available on Amazon. Click here to view the Kindle edition

Excerpt from Who Are You? Chapter Three:

““Nothing has changed.” And the deep red colouring returned to his face again. I had never seen anything quite like this. I knew that any civil discussion wasn’t going to be possible, plus he’d had four brandies by then. I instinctively knew to keep my mouth shut.

He’d shown me, during the last few awkward months, that a woman so deeply in love is not the most brilliant judge of character! My fairy tale wasn’t panning out quite the way the books portrayed, and, in that moment, I would have been delighted had I turned into a pumpkin and stayed as one. I was not only acutely frustrated by trying to decipher the most peculiar behaviour emerging from my prince charming; I was frightened of him now too. Our fairy tale was morphing into a terrifying thriller, and I didn’t know how to handle it or whom to turn.

It was always the fourth drink that turned Oudemeester (A South African Brandy) into an ugly monster and I didn’t dare ask him, ‘Who are you?

The following day when he was sober, he was either defensive or apologetic. Somehow, I had to convince him that his love for alcohol was not only changing him and ruining our marriage but threatening to end it, which was not what I wanted.

I loved him; the real Dion, the one I had married. I was in a quandary for in our culture his behaviour was considered taboo and talking about it was even worse. It was the sort of conversation one only had in private with someone who could keep it confidential. Being an alcoholic or displaying any form of mental health issues were considered problems that only afflicted the poor or lower classes. I certainly didn’t want to tell my mother and least of all my brother, and though I trusted Amelia, I didn’t know how to begin describing what was happening. Besides, still spellbound by his sober charms I lived hoping it was a passing phase brought on by the stresses of his job, which he’d mentioned repeatedly over the past few months. When he wasn’t drinking, he’d sing to me as I prepared supper, then all resistance crumbled I’d forgive him. He knew just what buttons to press and would move in close behind me while I stirred whatever was in the pot on the stove, nuzzle my neck and sing; in seconds I’d have no idea what I was cooking, and supper would be abandoned until later, much later. Those days were blissful and not for a moment did I suspect that the beautiful serenading and confessions of undying love were becoming a cunning disguise. One evening another opportunity opened itself up for me to discuss the drinking issues and while we sat curled up together on the couch, I carefully lead the conversation to the issues.

“Please stop drinking, Liefie. I’m worried about you.” I pleaded with him. I knew I risked ruining the mood, but I had to express my concerns.

“Don’t you dare bitch about my fucking drinking, do you hear me,” he seethed, spittle flew from his mouth like an angry viper. Though I’d prepared myself for retaliation this venomous reaction shocked me; he’d never hissed at me with such poison in his voice before, and then I noticed his jaw was quivering and his hands balled into fists as he sat upright next to me.

“Dion, that’s not necessary”, I said, looking at his fists. “Only cowards hit their women and if you hit me consider our marriage well and truly over.” I was struggling to maintain composure. The word, ‘coward,’ seemed to trigger an angry, uncontrolled rage, and he growled at me. I was devastated and scared at the same time; I didn’t dare respond or move. I loathed this sort of confrontation and tears pricked at my eyes and reaching for the brandy bottle on the coffee table in front of us I smashed it on the floor shattering the atmosphere then stormed off to bed.

As the months progressed, Dion’s personality changes became even more dramatic. My sixth sense was ringing alarm bells in my head, cautioning me that Dion was dangerous, but I kept finding myself excusing his vile behaviour, and though I still loved the old Dion, this new monster was destroying everything we’d built together.

On occasions we’d have wonderful conversations, he was sensitive and apologetic. For a few days, sometimes even weeks, all was as it had been when we first were married. Often, he’d even admit to behaving like an animal after the fourth drink, but it didn’t stop him. Our social life together had dwindled too. Our friends had become bored, often annoyed listening to Dion carry on with ugly criticism of them and others at social braai’s, (barbecue’s) at home or friends’ homes. Consequently, invitations to social outings became rare, and I was living a continuous apology.

After an ugly, hostile confrontation between Amelia and Dion during our last braai together, she vowed she would never come to another, and she didn’t, which broke my heart; neither did anyone else. I felt so isolated and from that day on, Amelia and I met in town when we wanted to see each other. She never told me what prompted the outburst, but I guessed he must have been strongly suggestive, which was probably the case, or darn right rude and insulting, neither of which she would have tolerated. Amelia was volatile with admirably strict principles; whatever Dion may have done; she would have struck out at him like an angry cat. He, on the other hand, didn’t give a damn that our friends no longer visited, and we never went anywhere. The feelings of others was not his concern, providing he was happy, nothing else mattered much.”

Request a review copy of WHO ARE YOU here 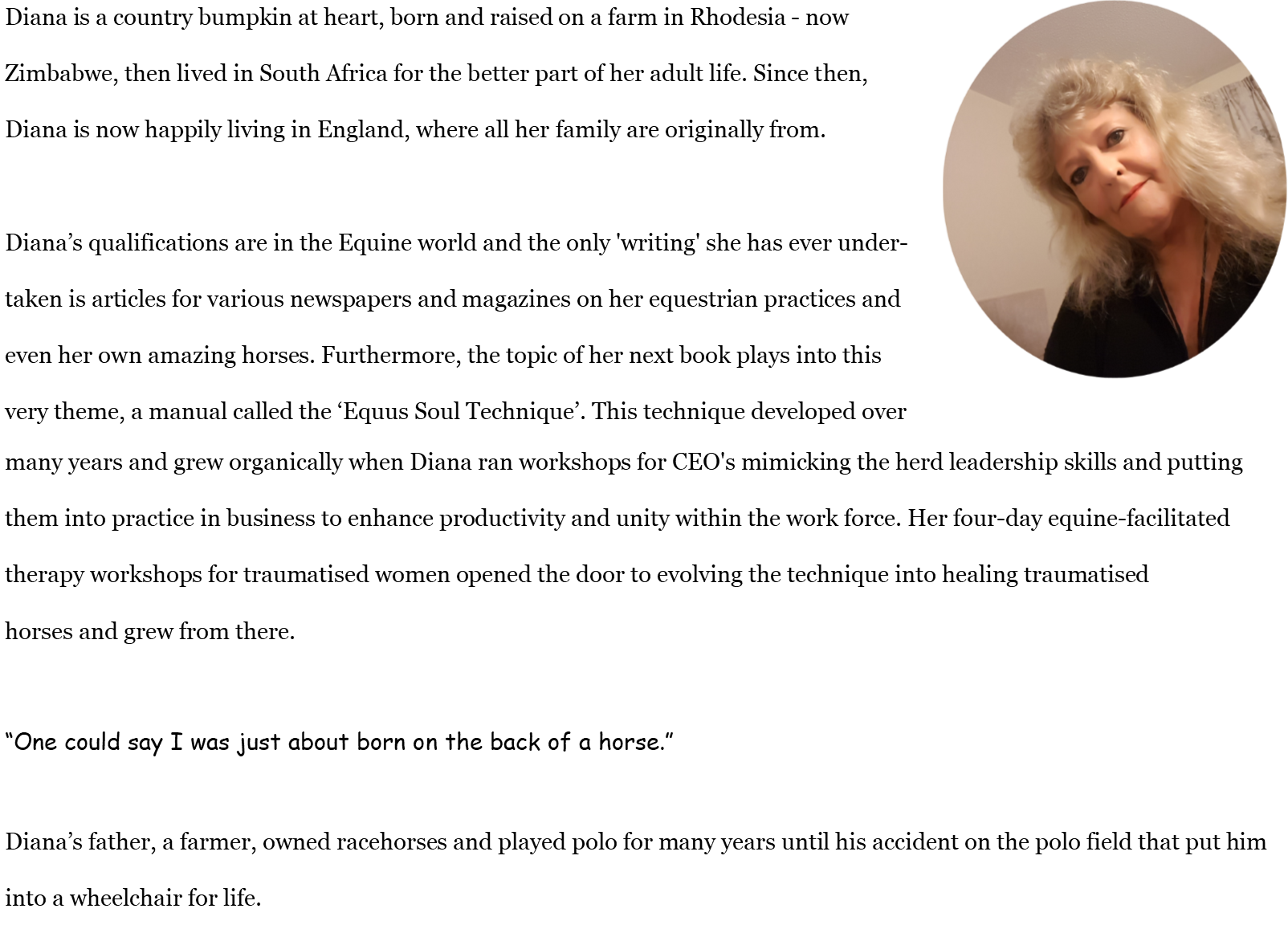