“One of the best paranormal stories I have ever read. What an amazing story! The creative plot and the unique characters make this a non-stop reading experience.” – Mickey 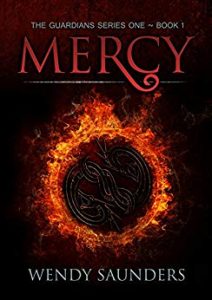 I am totally enmeshed in this town, these characters and holy moly what can happen next!!! Fabulous book, incredible story! A MUST READ!! – Kindle Customer

CONTACT US HERE TO REQUEST YOUR REVIEW COPY OF MERCY

The Town of Mercy is hiding a centuries old secret…
Olivia West had no intention of ever returning to her hometown of Mercy, Massachusetts, but when an ancient presence begins to stir beneath the sleepy little town, she feels it echoing in her soul… calling to her witches’ blood, a call she is helpless to obey.

Theodore Beckett has a dark past and secrets of his own, born in 17th Century Salem he finds himself dragged through time to the present day and left with nothing but a cryptic instruction to find and help Olivia.

When the town is rocked by a series of supernatural murders Olivia unwittingly finds herself the prime suspect, but the murders are only the beginning.

Thrown into a world of murder and magic and trying to fight their growing feelings for each other, Olivia and Theo must stop a murderer and uncover her family’s oldest and darkest secret, but as the killer draws closer and a dark presence begins to awaken… time is running out.

With a heavy heart she pulled up and parked at the side of the street. Her heartbeat picked up and a low-pitched buzz began humming in her ears. Climbing out of the car she pulled her jacket around her tightly, against the wind, noting that the rain had picked up once again.
The moment her foot hit the sidewalk she felt a strange throb of power. It was weird; she didn’t remember feeling anything like it as a child, but she could feel it now. It wasn’t exactly the same presence which had been calling her back home. No, this was the town itself.
It was as if Mercy was somehow alive. The low thrum of power which ran beneath the ground pulsed and throbbed with magic, almost like a central nervous system with thousands of tiny synapses connecting everything.
She lifted her face to the dying light and, allowing the cold rain to bathe her skin, she breathed in deeply. The air crackled with power.
What the hell was going on? Was it just that she’d been unable to detect it as a child? Had the town always had this undercurrent of power, or was it something more recent and more sinister?
Shaking the worrying thought from her mind she took a tentative step forward. The ground almost seemed to ripple beneath her feet, but she resolutely ignored it and forced herself to focus on the empty plot of land in front of her.
Sandwiched between a pair of cute little, two storey houses was an empty lot where her childhood home had once stood.
She’d ridden her shiny red Schwinn along that very sidewalk, rolled wildly across the lawn with her sweet little cocker spaniel, Truman. She’d sat out on the back stoop on clear nights and watched, fascinated, as her father pointed out the constellations.
She closed her eyes and sucked in a sharp painful breath at the sudden memory of her father. Shaking her head, she took another step forward, her chest aching as the memories washed over her in waves.
The house was long gone. It had burned to the ground the night her mother had died, and it seemed no one had bothered to rebuild it. But… she noted curiously, someone had gone to a great deal of trouble to clear the site and plant a beautiful garden. Even this late in the year it still burst with colors, so vivid it felt like she’d stepped inside an oil painting.
The obstinate buzzing in her ears had now become a low murmur, incoherent but insistent. It tugged at her, pulling her forward, urging her closer, almost as if the ground itself was trying to speak to her. Before she even realized what she was doing she lifted her foot and stepped onto the grass.
Everything disappeared.
The air was filled with the acrid stench of burning. The daylight was gone, along with the stinging rain. Instead the dark air was heavy with thick, black, oily smoke. It scalded her mouth and throat as she coughed violently, her lungs burning as they filled. The house burned hotter than any fire she’d ever known. The wall of heat in front of her was so intense it felt like her skin was peeling. The roar of the flames filled her ears, as if the inferno was somehow singing to her, the windows melted and dripped down the front of the building like great dirty tears.
The roof collapsed inward with a shockingly loud splintering, throwing burning dust and ash into the choking air. The wall of heat was too much, her skin felt too tight and her eyes stung, causing her to stumble back a step.
The second her foot hit the sidewalk the flames disappeared. Once again she felt the fat, clean drops of rain dripping down the neck of her jacket, settling cold and uncomfortable, someplace between her shoulder blades.
The dim daylight returned, hidden beneath heavy storm laden skies and once again the colorful little garden stared innocently back at her. Kneeling down Olivia pressed her hand into the wet soil. This time she felt, rather than witnessed, the violent echo of fire and flame.
Drawing in a shaky breath her fingertips curled involuntarily, digging into the mud.
The garden was an illusion.
Beneath its pretty mask the stench of blood and death lingered. The ground was scarred from that night.
Straightening up, Olivia took another step back. Her heartbeat slowed and resumed its regular pace and the whispering in her ears subsided until once again all she could hear was the clatter of rain against the sidewalk.

This book has mystery, suspense, murder, romance, and magic. It all comes together in a great way. – Patty U

READ ALL OF THE BOOKS IN THE GUARDIANS SERIES ONE: The Hell Book:
Book 1: Mercy
Book 2: The Ferryman
Book 3: Crossroads
Book 4: Witchfinder
Book 5: Infernum
Book 6: A Little Town Called Mercy (A Collection of Short Stories) 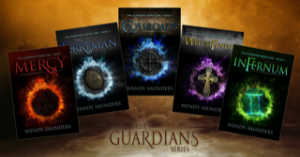 “I needed the life experience to be able to write stories I was actually proud of. I needed to find my own writers voice.” – Wendy Saunders

Wendy is happily married and mother to three children, currently living in Hampshire, England. Originally her career began in hairdressing, but eventually became a full-time-carer for her grandmother which she has undertook for the twelve years. Following this time dedicated to looking after her family, Wendy allowed herself to focus on a fresh start and after writing fiction for years, pursued her dream of writing full-time as her professional career.

Wendy’s love of writing originated at 17 years old, initially for her own amusement, and as her passion grew for it, the only block at that age was “what do I write!”, and so she started on the genre most familiar to her, fantasy. As an avid reader in her teenage years, and a big fan of David Eddings, she tried her luck at exploring high fantasy adventure whilst incorporating themes she knew she loved, namely magic. She also loves all things spooky and supernatural. 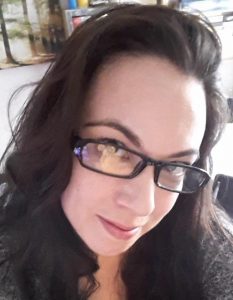