The Truth: The Biggest Cover-Up In History – Robert Barry

“The Truth: The Greatest Cover Up in History by Robert Barry is a book that starts with an unusual premise. The author states that the Grail, this legendary religious relic that has been sought after for two millennia, does indeed exist.

“Found in the capital city of the last empire on earth, the Grail does exist. The reason why it hasn’t been found until now is because we were looking in the wrong direction.”

What follows is something that will blow the reader’s mind. This book explains what it is and how and where to find out. From the very onset, the author warns that this book isn’t meant to be religious or spiritual, but to “try to explain the different states of the human existence, the differences between them, and how to go from one to the other.” The author identifies three different types of systems in which humans live. The three systems are a belief-based system, a knowledge-based system, or the absence of both. The book contains secrets to unlocking our human potential, attaining deep levels of inner freedom, and understanding powerful truths about our spiritual selves.

This is one of the finest things I have read about enlightenment, a book written after the manner of Anthony de Mello, but one that has a unique voice and style. The author asks puzzling questions and challenges the courageous to dare to seek the truth. “You will never achieve spiritual enlightenment. The you that you think of as you, is not you. The you that thinks of you as you is not you. There is no you, so who wishes to become enlightened?”

Well researched and beautifully written, The Truth: The Greatest Cover Up in History is filled with light and wisdom, one of those books that only those who want to change or be transformed dare to read.”

THE BIGGEST COVER UP IN HISTORY

What is the truth? If you experienced the truth would you recognise it? 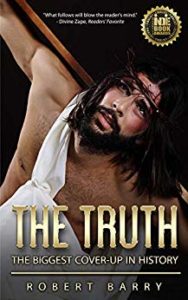 The Grail is the most sought-after artefact in human history. Two thousand years in and we’re still searching. Stolen, cheated, even killed for it. Wars have started in pursuit of it and the powers its possesses.

Over the ages the hunt for the Grail hasn’t diminished, but instead has continuously intensified in each of out subjective forms. Despite it all, that quest has become legend since it has never been found.

Just because something has not yet been found, it doesn’t mean it does not exist. Do you agree?

Found in the capital city of the last empire on earth, yes, it does exist. But why now? We’ve been looking in the wrong direction.

The true Grail is something that is unmovable, impossible to steal and thus cannot be the proprietorship of a single individual. It was created to all who have the courage to use it, and now, here, the true Grail will be revealed to you. You will learn where to find it and attain the detailed instructions of how to use it.

What will happen to you when you do? It’s time to find out. It’s time now.

Though inundated with Christian references and interpretations, it is not meant to be religious or spiritual. “This book is not meant to challenge your beliefs or replace them.”  The objective lies in the state of human existence, specifically 3: a belief-based system, a knowledge-based system, or the absence of both, referred to as the vacuum or void.

“Only two of these systems are Robert Barry 2 permanent states of existence; the belief-based system and the knowledge-based system. The vacuum, by its very nature, is unstable and will always seek to fill itself and thus it is a temporary state of existence.”

“The Truth” now returns to us that which was taken from us – our Freewill! 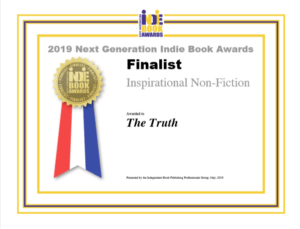 The book received an award from The Next Generation Indie Book Awards in the inspirational category.

Born and raised in Kilkenny city in the south-east of Ireland, Robert has spent over two decades working in legal and engineering fields. Robert found and used the Holy Grail whilst working and living in London.

For the first time in two thousand years, Robert’s work reveals the truth about the Grail and its creator Yeshua, more notably known as The Christ. Recounting what is already generally known in the life of Jesus Christ, particularly the week leading up to his crucifixion, he unravels the mystery surrounding the gospel and actions of Jesus, and the reason for his most ultimate sacrifice.