“A novel of Celtic quantum time that asks us to consider the ways in which we are all born strangers, seaborne foundlings, living between worlds. A parable for our particularly torn times.”
Damian Walford Davies, Poet and Academic 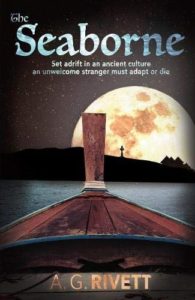 How would it be if a technically-competent man found himself stranded in a much more primitive culture? How would he be received? How would he respond?

SECURE A REVIEW COPY OF ‘THE SEABORNE’
BY CONTACTING US HERE

Engineer John Finlay is escaping his crisis: his debts, failed business venture; his collapsed relationship. He flees from London to Scotland, to the fishing boats in Mallaig harbour.

Switch to: a body, scarcely alive, being taken out of the sea. Cast up from no-one knows where, this man becomes The Seaborne.

The word echoes in Dermot’s mind. Here is a man alone in the world, washed up in a place where he does not belong. Pulling a drowning man from the sea, Dermot has never seen anyone so strangely dressed. As time goes on and the Seaborne slowly regains his strength, Dermot’s fellow-Islanders do not know what to make of him.

Switch to: John Finlay, regaining consciousness after his ordeal in the sea and finding himself in a community that seems to him impossible nowadays anywhere in the North Atlantic. Finding himself among strangers who cannot understand his speech, he struggles with unanswered question about how he has ended up where he is. It is beyond his comprehension that he has passed across time and cultures, but gradually he realises that he has to learn the Island language and ways. Slowly finding his feet, he is reminded of the psychologic baggage he carries with him; unexpectedly, he finds help from the Islanders in coming to terms with it. As he settles among them, a whole new dynamic enters the narrative as John attempts to bring to the Islanders a taste of our twenty-first century world. Tensions bubble up between contrasting traditions and the normalities that separate them.

Switch to: Shinane, the blacksmith’s daughter, who is looking for something beyond the limits of the life she knows. Torn between her childhood love for Dermot and her curiosity about the strange newcomer, what impact will she have on the developing situation?

For the main protagonists, John, Dermot and Shinane, the tensions between them become a matter of survival. Transform or await the alternative. Without meaning to, the Seaborne has created conflict amongst a community that is being tested.

The novel is infused with the spirituality of the Islanders, in which A.G Rivett draws on his experience of Christian, Celtic and shamanic forms and ideas. It is directed towards the thoughtful reader, and with myth and metaphor in abundance, it is imagination that drives this first-born of The Island Trilogy, bringing it to life continuously. Those concerned about the direction of western rationalist/materialist culture and its effects on our social and physical environment will find it a foil for reflection.

The narrative takes on a variety of views, set within lyrical writing with a direct and straightforward style. You feel the intensity of the Island culture. With advice from an archaeologist, A.G. Rivett has brought his original working into line with a period of history.

“What friends did he have now? What resources? Only the remaining strength of his body, the skills of mind and hand that no-one could take away from him, the credit card that could still, just, be persuaded to spew out the cash he needed to get away.

From his workshops in Vauxhall it was a short walk across the Thames into central London. He boarded the train at Euston. Twelve hours later he stepped out onto the streets of Fort William with a ticket in his hand for the morning train to Mallaig. And then? To the harbour. To find the boat that would take him – make him disappear. At the harbour, as he knew he must, he found that boat. He offered his services as a deck-hand and set sail into the Atlantic.

The men of the crew were from the Isles, and he stirred at his first hearing of their exchanges in a tongue that sounded rich, earthy, elemental and utterly other than anything he had heard before.”

A.G. Rivett was born in London.

‘I’ve always been a writer,’ he says. At school, his English teacher recognised his talent, and at medical school he edited the hospital Gazette.

In 1987 he was ordained as a priest in the Church of England. But after 12 years he returned to medicine as a public health doctor in Southampton.

In 2006 he retired to live in Scotland, where he met his second wife Gillian Paschkes-Bell. They now live in West Wales.

The Seaborne is Andrew’s debut novel. His inspiration came twenty years ago on a family holiday in Ireland. He has three daughters. There he wrote some opening chapters, relics of which you’ll find in the published book. He took these up again in Scotland in 2013, and has worked and re-worked the original draft with his wife, Gillian, since moving to Llandysul in 2014, where they joined the Llandysul-based Teifi Valley Writers group. It was last year, at the Carmarthen Book Fair, that he met David Norrington of Wordcatcher, based in Cardiff, and subsequently learned that David was willing to publish The Seaborne.

The Seaborne is published in November 2019 and is available on Amazon and in bookshops. 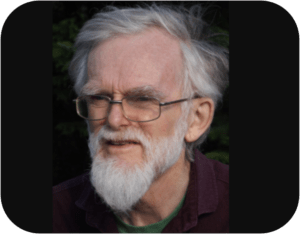 The forthcoming Book Launch will be taking place at Nyth y Robin, Lôn Wesley, Llandysul, on the 7th November. This is the commencement of a tour of readings that will travel as far as the north of Scotland and the south of England.

Further signings are scheduled for Findhorn on the 30th November, and at October Books, Southampton in February (date to be confirmed), with private events in London and Norwich.