The Seaborne by A.G.Rivett – “A parable for our particularly torn times” 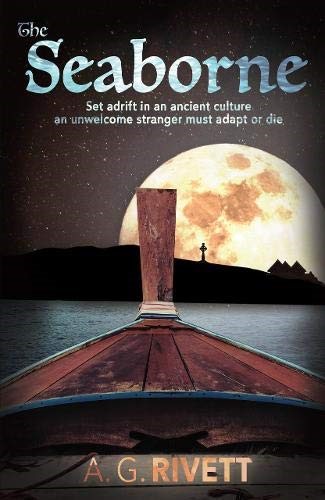 The Seaborne by A.G.Rivett is a very fine debut novel.  At a time when the life and death emergency of coronavirus brings the fragility of global growth economics into focus, the tale of a man who emerges from a life and death situation to find himself in a simpler world takes on an immediate relevance.  This multi-layered and intelligent book is a rewarding read on every level: a good story that explores themes that are both contemporary and universal.

Using the device of time-travel to critique contemporary culture, the opening sets the tone for how a 21st-century, technologically-savvy man might adapt to being shipwrecked and propelled back into a world that is both like and unlike that of the Western Isles early in the second millenium AD.  A London-based engineer finds himself in a small, self-sufficient community practising basic skills, the people’s lives infused with ancient Celtic tradition.

Building steadily towards its dramatic climax, Rivett sensitively explores themes of spirituality, acceptance and forgiveness against an authentic Celtic backdrop, born from his personal experience and backed up by research.

Review copies of The Seaborne by A.G. Rivett and interviews with the author are available on request.  Contact us here for details.

During lockdown, The Seaborne is still available from Amazon as an ebook, and with various buying options for the paperback.

In normal times, it is also available through major bookshops.

If you remain unconvinced that The Seaborne is for you, take a look at what readers have been saying. The following quotations are selected from reviews posted on Amazon.co.uk, Amazon.com and GoodReads.

“A man runs away from his debts and failed relationship and is washed up on a remote island. Is he still in this world or has he somehow entered an alternative reality? Will he find his way back – or, in the end, even want to? This book is beautifully written, creating the place and its people in precise and poetic detail, and made me wonder what it would be like to live in such a place, without technology and underpinned by a belief in a very present spiritual reality. It’s an intriguing and absorbing read and I look forward to reading the next book.”
Maggie H, 30 November 2019

“This book was really easy to read and beautifully written. It cleverly wove a completely believable story into an unbelievable situation. I am not normally a fan of ‘fantasy’ – this story was convincing and clever and so gentle that I slept beautifully after every read, imagining and dreaming of that misty damp green Celtic landscape with those lovely human characters who didn’t have zips and lived such a simple wholesome life. A life that we perhaps in our modern rat race world can only dream of and be transported to in The Seaborne. I have mourned finishing it and can’t wait for a sequel.”
Alpha Sierra Echo, 2 March 2020

“… Multiple worlds proliferate in fiction these days and the time-shift fantasy is virtually a genre of its own, but it is notoriously difficult to create an internally consistent and convincing alternative universe, something that I think Rivett has achieved magnificently. The world that he describes is both like and unlike our own; harsh and materially impoverished, but infused with a deep sense of spirituality…”
Richard Danckwerts, 29 November 2019

“The genius of the story is the prescient reflection of the themes of our present time through the consciousness of the main character John Finlay in his attempt to escape the failures of his life, and the challenges he faces outside of his own timeline and culture. This sets up a tension of values which reverberates through the story, creating a mirror of our present.”
Brooksby, 24 January 2020

“I have read this book twice, the second time shortly before the coronavirus outbreak of 2020. A character in the story says, “The need of the time calls forth help.” I had felt that this story was one such help at this time of such sorrowful dilemmas and rich possibilities, but now with the virus, I feel this even more so. I felt it coaxes us to turn to a simpler, more community-based way of living where there are no or fewer planes in the sky and our lives are forced into simplicity, personal creativity, greater stillness, listening and natural rhythm, and a connectedness with each other and the Sacredness of all. The story invites us I felt to explore for ourselves how we might take the best of the past and the best of our modern civilisation and forge a new, sustainable future. I highly recommend this book. ”
Joanna, 5 April 2020

“This beautifully written myth speaks to our deep inner wisdom, and calls us to return to the ancient ways of knowing that don’t look to externals for answers. It returns the reader to a deep relationship with the land, the elements and the connection with all that is. The protagonist is removed from all the distractions of modern life, returned to a time when humans live more simply. The measured pace of unfolding story invites self-reflection. As we walk with Dhion through his self-discovery, we’re are likely to hear a whisper in the air around us, “Are you living the life you are meant to live?” Highly recommended.”
Amazon Customer, 8 January 2020

“The author’s love and intimate knowledge of the Scottish landscape infuses the text. He makes apparent the importance of the hills and mountains, water, the sun and the moon to the everyday lives of his characters… Biblical parallels and symbolism abound in this tale, which give it its power to move, to enthral, and potentially challenge and change the inner world of its reader. Buy this book! But be forewarned: choose carefully a time to read it lest you find yourself compulsively absorbed, reading it into the early hours of the morning, utterly incapable of putting it down.”
P.D.N, 24 December 2019

“It’s 3am and I have been kept up by this book – a compelling read! Beautifully crafted, evocative and a gently gripping storyline that grows as you read. The main character develops into a man whom I felt I really got to know, and made me question how I would manage myself, if something like this happened to me. The images the author has created in my mind make me feel like I am also part of this community. That’s quite a skill, and I look forward to the next book.”
Jane Rogers, 30 December 2019

“This novel started slowly for me. So much to process, and it took me a while to orient myself in this new/not-so-new Celtic world. Beautifully written, I found myself drawn deeper and deeper into the story, pausing to ponder and reflect, but pulled forwards by the strong narrative line and characters. By the end, I was totally immersed in the new world, feeling quite bereft when I turned the last page. And yet I find it’s stayed with me. I’m still pausing to ponder the layers and strands.”
Cornish Rev 1 April 2020

“I loved it. I read slowly at first to savour all the various threads, and then I couldn’t put it down!”
Chrisanthe Georgiou, 1 February 2020

Damian Walford Davies, poet and academic, has described The Seaborne as:
“A novel of Celtic quantum time that asks us to consider the ways in which we are all born strangers, seaborne foundlings, living between worlds. A parable for our particularly torn times.” 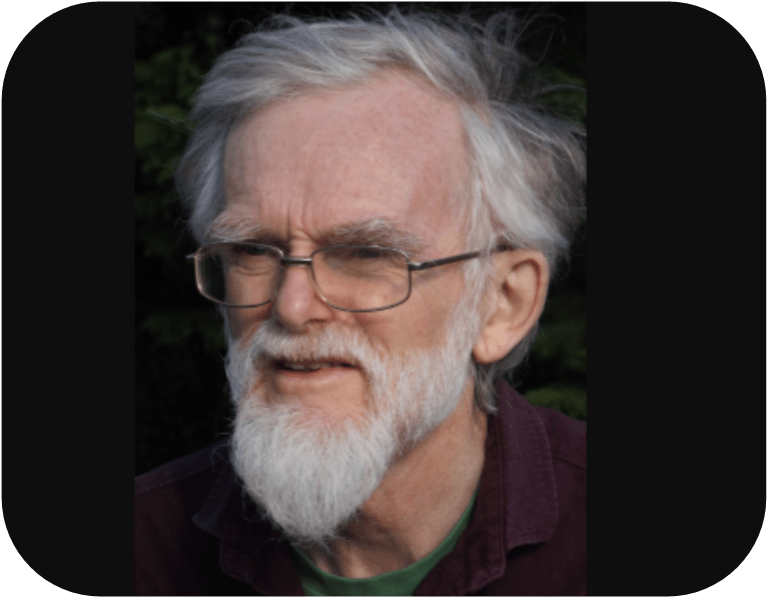 Born in London, Andrew (A.G.) Rivett is a retired priest and public health doctor with a degree in medicine. During the 1970s, Andrew lived in a rural community in northern Nigeria where people had less access to technology and a radically different culture. In 2006, he retired to live in Scotland where he met his second wife, Gillian Paschkes-Bell. His years in Scotland not only included time on an off-grid peninsula but also brought him into contact with the ancient Celtic tradition of the Céile Dé or Culdee, as well as the spiritual community of Findhorn. These experiences inform The Seaborne, an early draft of which was constructively critiqued by a Scotland-based archaeologist. Today, Andrew lives in West Wales with Gillian and continues to enjoy writing.

Contact us to request a review copy of the book or
to arrange an interview with the author, here