The Chronicle of the Dewnan: This Sacred Land – Tim Bagshaw 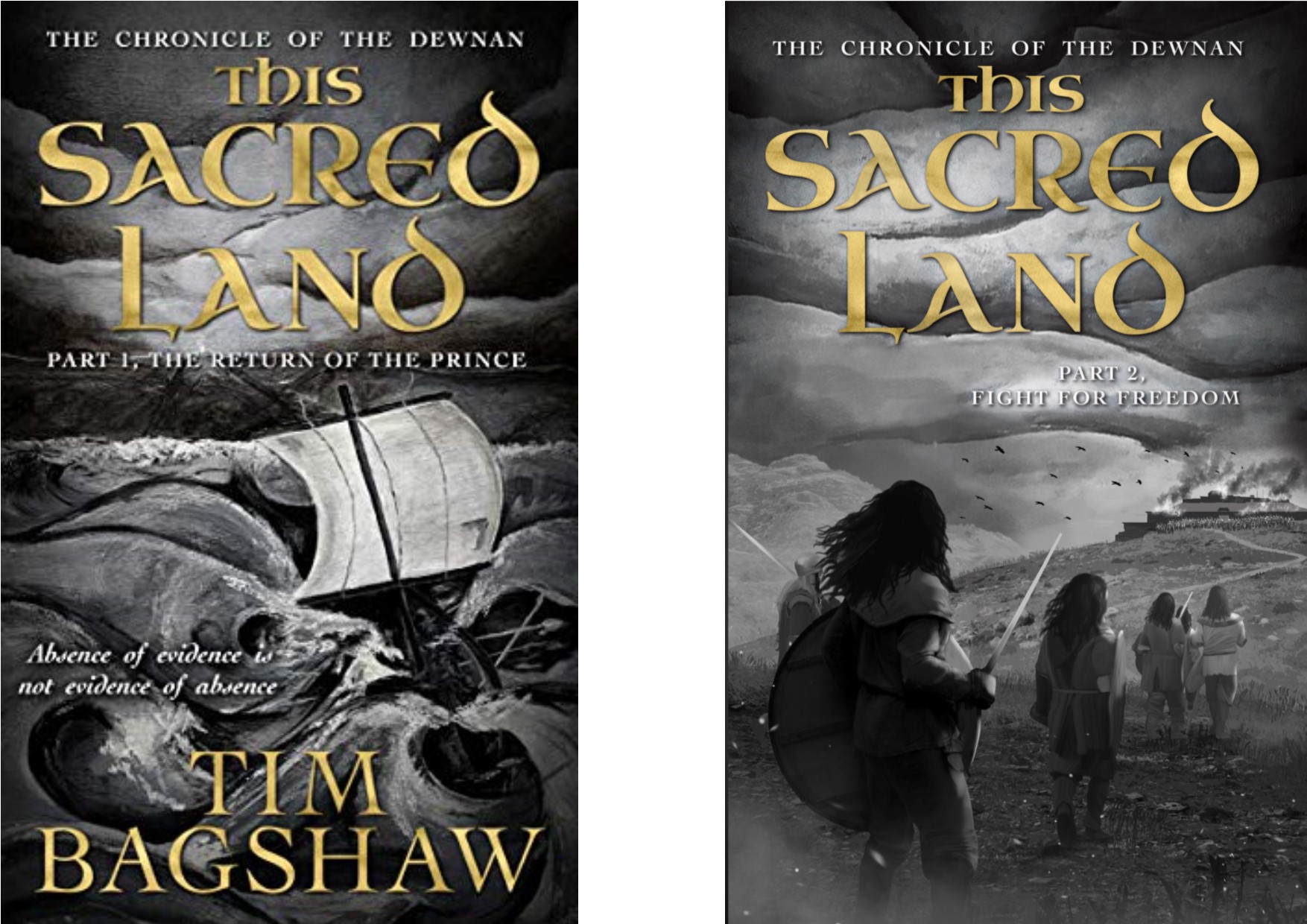 Duo delights with original reinvention of King Arthur and Caesar

Popular author, Tim Bagshaw, continues his successful Chronicle of The Dewnan series with the publication of his highly-anticipated second Part, This Sacred Land: Fight for Freedom. Bagshaw’s unique series promises to delight fans of fantasy and historical fiction with Part 2 being a welcome sequel to his warmly received Part 1: This Sacred Land: The Return of the Prince.

In The Chronicle of the Dewnan Part 1, This Sacred Land: The Return of the Prince, Bagshaw fantastically reimagines an ancient land where the vulnerable Dewnan people inhabit the rugged Cornish coastline. The Dewnan, as the author brilliantly depicts, is: “a confederation of tribes, led by a high ‘King’, to whom the other lesser tribal chieftains or lords give varying degrees of allegiance”. The setting, meanwhile, is not simply a modern-day Cornwall but, as Bagshaw explains, “is the heartland of the Dewnan in the first century BCE.”

Under the looming threat of the Romans, who threaten to destroy the Dewnan and their Veneti kin, the Dewnan must defend themselves from the onslaught led by the supreme Julius Caesar. But, with only an apathetic leader, a diminished Dewnan are in desperate need of a saviour, who is no other than the mythical King Arthur, as Bagshaw writes: “Artur, named the ‘son of the bear king’ and inheritor of the Dewnan myth of wise Orsa, is that hero.”

Bagshaw vividly recreates the first of the great Arthurs (King ‘Artur’) and what follows is a formidable struggle against treachery, invasion and the full might of the menacing Julius Caesar. And, while victory is never certain for the vulnerable Dewnan, an intriguing tale of invading armies, passion and friendships ensues. Throughout Part 1, the legend of King Arthur and a power-crazed Caesar are exquisitely brought to life by a well-researched Bagshaw who delivers a talented and convincing mix of historical verve and magical reincarnation.

Contact us here to request a review copy of
This Sacred Land: The Return of the Prince

In Part 2, This Sacred Land: Fight for Freedom, King Artur casts his eyes across the sea to the ever-gathering shadows of war. All around him, there is disharmony and discord, fallen friends and disloyalty. Our hero, is faced with an army more powerful and more vicious than ever before. Can he make a stand where so many have fallen and defy a great tide that is set to wash the Dewnan from their land? There is no easy victory for Caesar too, who relies on his cunning and might to end his war and to claim the power he craves. What continues is another story to inspire like no other… the story of the Dewnan.

Contact us here to request a review copy of
This Sacred Land: Fight for Freedom

Running through both parts of The Chronicle of The Dewnan, Bagshaw vividly recreates the historical figures alongside other vibrant make-believe characters. His creativity and in-depth research seeps through the pages and immerses his readers. Running through the books are emotive descriptions and narratives portraying his characters’ misfortunes, battles and victories.

Bagshaw’s The Chronicle of the Dewnan series is the sum of two parts and larger than life. This is a powerful and imaginative take on the King Arthur myth in an authentic Roman context that depicts brutal power struggles. The author succeeds with his original reinterpretation of classic tales and excels at familiarising his readers with well-known historical figures on his own terms, combining myth and truths into a must-read series.

The Chronicle of the Dewnan Parts 1 and 2 are engaging choices for readers enthralled by fantasy, fiction, history, as reviewed on Goodreads: “A fantastic blend of fact and fiction set in the historical context of the author’s local area. Above all else a great story!”

Bagshaw’s first instalment of The Chronicle of the Dewnan series, This Sacred Land Part 1: The Return of the Prince published in December, 2018. Both parts have been published as eBooks and in Paperback.

Tim Bagshaw currently lives in Cornwall in the heart of the Tamar Valley, which is where he found his inspiration for describing the ancient land of the Dewnan. As well his passion for his local landscape, Tim enjoys walking and has an ardent interest in lost and forgotten histories. The Chronicle of the Dewnan was inspired by Commentarii de Bello Gallico, Julius Caesar’s writings and his campaigns in Gaul during 56 BCE along with numerous research, historical maps and materials.

Price: £7.99 (Paperback) and £3.99 for (Kindle Edition). Both Parts are available to order from Amazon at www.amazon.co.uk.
Published by: www.iamselfpublishing.com