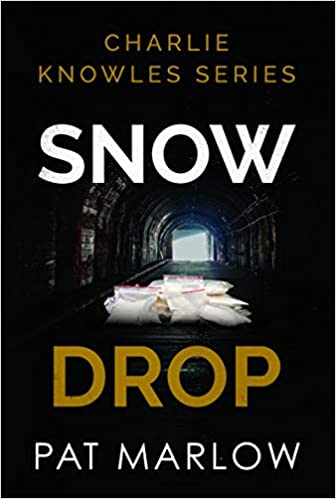 Sequel to compelling crime series is a resounding success

For fans of Pat Marlow’s popular Charlie Knowles Series, the recent release of her second book, Snow Drop is welcome news. Overloaded with that winning combination of suspense and substance, Snow Drop is a worthy sequel to Justice Delayed.

With London swiftly gaining a reputation as the cocaine capital of Europe, DCI Charlie Knowles and DCI Kate Meredith are under pressure to act and find those responsible for the influx. Of particular interest to them are the Colombian drugs barons, Paolo and Nico, whose cartel is headed by the notorious Papa’.

A crumbling network of tunnels beneath a row of terraced houses becomes the focus for the storage and distribution of cocaine. David Gibson, having inherited the tunnels, is keen to utilise them in order to avenge the murder of his friend, Will, in Bogota. A plan is hatched involving a warehouse selling antiques as a cover for the tunnel network, but will everything go smoothly and according to plan? A story full of twists and surprises at every turn, it uncovers the seedy world of drug smuggling in the capital.

Set in the cocaine-ridden corners of darkest London, Snow Drop more than lives up to the suspense, drama and action of the first book in the compelling Charlie Knowles Series. It continues to both captivate and intrigue readers with its convincing characters and clever twisting plot. This well-written book builds in tension from start to finish with all the thrills expected in a gripping crime novel.

Snow Drop can be enjoyed alone or in as part of the Charlie Knowles Series. Available to order from www.amazon.co.uk.

Review Copies of Snow Drop and interviews with the author are available on request.
Contact us here for details.

Pat Marlow was born in Hartlepool and lives in Bournemouth and France. After three years at art college, she worked in Turkey and the Sudan teaching English as a foreign language. Having brought up her four children, Pat decided to study Law and was called to the Bar after five years of studying. After working for the Crown Prosecution Service, she practised independently as a criminal barrister. Snow Drop is her second book.