Rise of A Lightworker – William Sibley 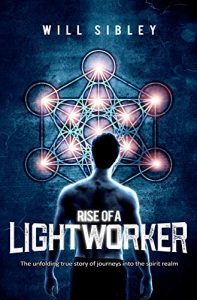 “I have found this book fascinating and have been unable to put it down!
One man’s true journey into the spirit world, confirming what I particularly like to think, that there is life after death.

The man’s ability to assist people with illnesses and bring peace to those who are terminally ill is extraordinary. I would most certainly recommend this read and I do hope that Will writes again on this compelling and captivating subject.”
5 STAR Amazon Review

We are more powerful than we know…

The unfolding true story of William’s journey into the Spirit realm.

Author William Sibley delivers an incredibly potent and transformational message in his book ‘Rise of A Lightworker’, which navigates his life from the problematic childhood he experienced in his early years to becoming a successful entrepreneur.

With wealth comes all the material trappings of a millionaire lifestyle and William has been through it all, but with that monetary success and security didn’t come fulfilment. Losing everything, money, even family, brought with it the lesson and realisation to there being more in life, a far greater purpose than the one seemingly most tempting.

After William lost his father in 2013, he found guidance and became aware of spiritual signs from those who had passed to Spirit. In no uncertain terms, eventually this brought him to Northern Ireland in readiness for receipt of a gift, one he would definitely recognise when he got it.

“Spiritual healing is the gift, and I have been privileged to have been able to treat many people and learn so much about the Spirit realm and how they wish to assist mankind.”

This is the true account of events and stories that took place throughout William’s life and within those experiences, led to his extraordinary spiritual journey that he now shares with you.

Contact us here to request a review copy of the book

Jules was bcoming more and more interested in mediumship and she invited me to a Wednesday night awareness course in Belfast run by a medium called Keith.  There were only about six of us on the course on the first night and as soon as Keith walked into the room and sat down with us, he introduced himself and then turned to me and said “you have amazing trance healing ability“.  I said “I haven’t got a clue what you’re on about mate?” and at that time I honestly didn’t.

The evening was interesting, but I didn’t really feel drawn to it, I would go just to be with and support Jules, but the course got cancelled anyway because Keith had a bereavement in the family and had to return to Liverpool.

A day or two after the awareness evening with Keith I got a call from Sarah a young girl I had done a healing with in Carrickfergus, asking if I could give her Debbie’s number because she would like a reading with her, I didn’t actually have Debbie’s number at that time, but I said I would go to the spiritualist church the coming Sunday and get it from her.

I was delighted to see that Debbie was actually the platform medium that evening and I watched her work with the congregation.  I walked up to the stage and when I got to it she said hello, and before I could say another word she said “I’ve been told I’m going to be working with you and you have trance healing“.  I was blown away.

I told her I had been told I had trance healing by another medium a couple of days ago and I didn’t know what trance healing was?  She said don’t worry, take my number and give me a call during the week.

I called Debbie a couple of days later and we agreed that we would meet at my apartment on the Friday afternoon at 14:00pm.

She showed me how to “sit in the power”, a form of meditation but she invited the Spirit guides to join us, she would point out to me who she could see working with me from the Spirit world and also allowed Spirit to talk to me through her.  This was my first experience of trance mediumship, I was fascinated and felt very privileged to have this one-on-one communication with the Spirit world.

We continued to sit every Friday at the exact same time at my apartment, and on one occasion as we arrived, she sat down on the sofa and I walked to the kitchenette to put the kettle on, as I walked back towards the lounge area, I had the most unfamiliar sensation come over me, I felt as if I wasn’t my whole self, that I was huge, my skin was buzzing and my voice sounded like it was coming from inside my chest.  That’s the only way I can describe it.  At first I felt a panicrising but she said it’s ok don’t worry, come and sit down, it’s your Spirit guides blending with you.  I would never contradict anyone’s experience of Spirit blending with them, I’m sure it can depend on how an individual interprets the sensation, but I can tell you that to this day, I feel a physical energy come from behind my head and over my face.  It’s truly profound and again I felt incredibly privileged and humbled in fact.

I slept well that night but had very vivid dreams of my late parents.  The next day when I rose out of bed I still didn’t quite feel myself, I found it difficult to focus on what I had to do, I just didn’t feel present, it was an odd feeling and I called Debbie.  She said I needed to gound myself.

How do I do that I asked? and she said there are a number of ways, sometimes a sea salt bath will help or walking around in bare feet or better still walking along a beach.  I did all three of these exercise’s to try and get back to some feeling of normality and Browns Bay was only fifteen minutes from my home.  It’s a beautiful sandy beach and there’s not many people there, so I decided I’d go there.  I walked along the beach bare foot and paddled in the sea.  When I got home I had a sea salt bath and after all that I felt much better.

Debbie and I continued to sit at my apartment every Friday from 14:00pm until 16:00pm, it’s important to have discipline around this as the Spirit team will be wanting to work with us and the connection gets stronger the more reliable you are with the timing.  Later on, she was told by Spirit that two other ladies would join us, forming a circle of four and these were Karen and Jackie, both developing mediums and healers.

Rise of A Lightworker is available to purchase on Amazon in Paperback and Kindle versions, £8.97 and £5.97 respectively.

Will Sibley was born 1967 and raised in Winchmore Hill North London. Through his work as a self-employed Insurance Claims Building Surveyor he relocated to Carrickfergus in Northern Ireland.

For leisure he has enjoyed playing contact sports such as rugby and Jui Jitsu, achieving a black belt at 32 years of age.
Writing ‘Rise of a Lightworker’ originated from his original compulsion to write for the benefit of those who have also found light after a dark and difficult past. He found for himself the importance and guidance that the spirit realm had on him, and the benefits it could offer mankind. He often described the experiences as other worldly, and therefore felt huge motivation to share these so others can be assured that it is part of developing as a Medium and or Spiritual Healer.

Through a difficult and turbulent period in his life, Will reached an epiphany where he became aware that he had a natural gift to carry out the healing process whereby he could help others. This developed into a true passion for Spiritual Healing.

Will had been married and was divorced in 2012, he has three children, Ashleigh, Luke and Kane with whom he still keeps in touch with. 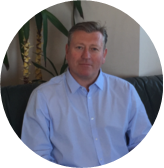 Before you leave, remember to request your review copy of RISE OF A LIGHTWORKER by contacting us here