A lightning Sci-Fi adventure to spark the imagination 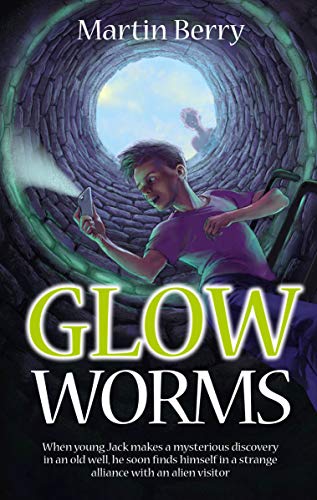 Request an advanced reader copy by contacting us here.

Glow Worms is an electrifying story of a young orphan, Jack, who lives with his Aunt, Uncle and a faithful four-legged friend, Cody on the outskirts of a seemingly peaceful Cornish village. His Uncle, a retired fishing boat captain, has been busy inventing the ‘Zapper’ (a generator with special powers) and repairing his garden well with bricks from a crater on a nearby farm.

When Jack drops his phone down the well, the adventure begins as Jack tries to retrieve the device with his friend Ryan. Together, the daring boys discover much more than a lost phone as, buried deep at the bottom of the well, are strange golden-brown bricks with an eerie green glow: “But then something happened. Green speckles started to appear inside the strange brick, and slowly drifted towards the centre, forming a ball. The ball shuddered; just the tiniest of movements, as if it was coming to life…”

Somehow, the boys unleash a mysterious being and, when Jack returns to the well, he sees a glowing worm who explains that its spaceship has crash landed and a dangerous creature has escaped, locking it and the other worms inside the bricks. It needs the energy it has sensed above the well to release its fellow worms and capture the malevolent creature.

The story accelerates into a page-turning adventure and, with his stellar writing skills, the author quickly captivates his young audience by creating other-worldly creatures and dazzling entities with unknown energies. There are gadgets and gizmos, craters and chases as the action-packed drama unfolds against a cosmic churning ocean. And, shifting between sea ships, prison ships and space ships, the supercharged excitement is never-ending as the young adventurers try to contain the creature they discovered.

The boys join forces with a winged alien (Arkus) and find themselves fighting the terrible beast that they have unwittingly resurrected: “Arkus took several giant strides and took to the air. They quickly gained height, and swept around away from the coast. Being so high with the wind buffeting against them was both exhilarating and scary all at the same time.”
Arkus explains that the Ky use lightning to form a Torg, another creature that chases them and they only have months before the Torg is strong enough to kill people and clone itself.

Glow Worms is an exhilarating book which comes alive through its inventive cast of aliens and energetic ideas. Aside from the characters, the author’s narrative makes for a fast-paced and thrilling tale, as the author summarises: “Glow Worms takes us on a journey, battling against shape-shifters in the dark”. With each entertaining turn of events and unpredictable twist, the boys’ exploits will have its young readers eager to reach the final page.

Advanced review copies of Martin Berry’s Glow Worms are available upon request and interviews with the author can also be arranged.  Contact us here for details 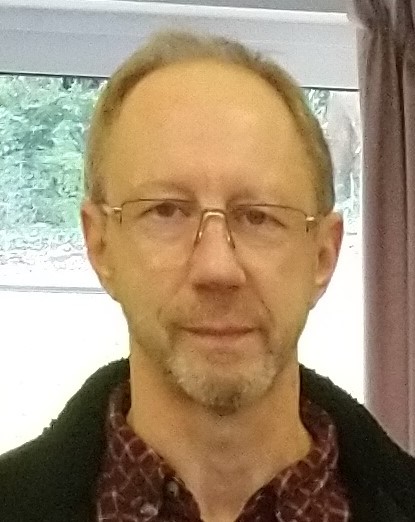 Prior to becoming a writer, Martin Berry worked as an electronic engineer, designing and building prototype scientific research equipment. He grew up in the Thames Valley and now lives in Wiltshire with his wife and dog, who can often be found sitting under the table while he is writing, waiting patiently for her next ‘walkies’. When not walking his dog, Martin enjoys playing tennis, reading and learning to play the guitar. Martin is the author of The Sapphire Crystal and Glow Worms. His books are funny, action-packed adventure stories, combining fantasy and science fiction with lots of twists.