John Hunter: A little bit of what you fancy – Duncan Brown

“Still laughing! 😂 funniest book I’ve read in a long time. It is really fruity in some parts too. Love it.“
Sammy Grant 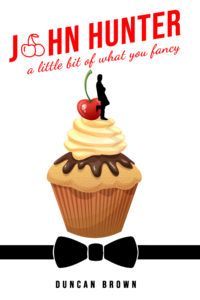 One man’s downright dauntless exploits in becoming a successful gigolo.

Request a review copy of the book by contacting us, here.

John Hunter is no extraordinary man.  Not yet.
He’s an average guy, starting his studies at Oxford University.
As expected, university doesn’t leave John with a huge amount of extra cash to fund his social life, all those necessary nights out – a mandatory part of all university courses – and so he finds work at a posh hotel as a waiter, soon realising this is not for him.
What would you look for next?  Receptionist?  Manual labourer?  Retail assistant?
John Hunter may be average now, but not for long, as he embarks on his next professional venture, taking on the role of a gigolo.  These clients are somewhat unusual.  Embarrassment will be no stranger to him, nor fantasy role-plays, or actively keeping a secret from his parents.

Twisted, comical, thrilling and full of daring debauchery, this novel sees John through his first year at university, experiencing people, places and encounters that will have you going back to read it again – just to be sure you read it right.

Duncan Brown has amalgamated together a theme that will make you laugh, take a deep breath and think very, very hard.
This book is a filth you will not want to wash off, written in engaging and enthralling prose.  John’s journey as a gigolo is a feat for wanting more, with a little sprinkling of a little bit of what you fancy.

I was still in the room, it was gone 5am and I was sat on the bed thinking over the night, about how this could have happened, a million questions going through my mind.
She pursued me; did I give off the signals?  I must have done.  Was this even legal?  Thinking back, I couldn’t remember much conversation between us; it was as if she had come to the hotel for one thing.  Shit, what will people think?  I can’t tell anyone about this.
Is it crazy that I keep the money?  If I take the money, am I confirming that I am now a gigolo?  Someone paid me for sex.  I can’t just leave the money though, can I?  I have morals.  God, so many things are running through my mind.  I will take the money for now, but maybe I will donate it to charity.
I needed to gt out of the hotel, so I took the back route down the stairs, avoiding the lift and the main reception.
The sun was starting to rise outside; although it was freezing, I decided to walk home as I needed to think this through.  I was on a walk of shame, but with £200 in my pocket.  As I thought about it, I came to the conclusion that I actually came off quite well from all this, although maybe I should have worn a condom if anything.
My thought process was this: I have just had the most amazing sex with a sexy, older lady.  The bonus being I got £200 quid for it, but at the end of the day, I would have it for FREE!  I am seriously considering seeing her again next week.
I got home at 6am.  It took me an hour to walk, but the air had done me good.  Jimmy was asleep on the sofa, snoring face down.  I crept into my bedroom and crawled into bed, still in my dirty, sweaty clothes.  I sniffed the shirt where I had rubbed myself on Camilla and could smell her sweet perfume.  I actually didn’t feel ashamed.
I was woken up by my phone ringing; it was my mum.

If this has whet your appetite, get in touch to request a review copy of the book, here 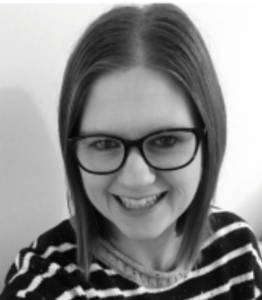 Emily Brown is 35 years old, and has lived in Leicester since 2009.  She is married and has two children, aged 6 and 9.
In 2006 Emily received a degree in BSc Hospitality and Business Studies, and went on to work and travel extensively in America, Africa, Malaysia, Australia and Europe.  On return to the UK, she completed the A1 Assessors award and worked as an NVQ Assessor with students from London, before moving to Leicester to get married.
Since 2011, Emily’s career has been as a part-time lettings negotiator, which has enabled the production and completion of the book, John Hunter; a little bit of what you fancy, as well as being around for children-orientated responsibilities.
Emily’s writing partner, Marie Duncan, has been a friend since playgroup, and together their friendship has prospered for over 6 years.  Both leading busy lives, it has always been mandatory to find time for each other, and with similar interests (dirty minds!) they wrote this book together in the hope readers will share in the same laughs as they did in creating it. 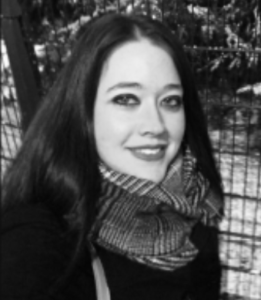 Marie Duncan is all of us when she says, “Well, where do I start?”.
Marie was raised in Leicester until aged 15, when she went to live in Lincolnshire with her dad.  Educational accolades include completing an NVQ in Health and Social Care which, post finishing, saw her veer between jobs, enjoying life in every way.
At 23 years of age, Marie gave birth to her first daughter, choosing to settle down in Leicester.  Through the network of friends she aquired from parent and toddler groups, she met her future friend and ‘writing wife’, Emily.
Both writers had their second children at similar times, and so, with an unintentional joint maternity-leave, the idea to write a book was born.  Marie now has 3 daughters and holds a part-time job in addition to running her household.  Full-on and working long hours as a support worker in the community still wasn’t enough to stop her finding time, with her partnering author, to continue writing their book.