“A beautiful love story of a medieval knight and a noble princess written by Tagai Tarutin. The book allows us to go back in history and hear more about the exploits of the legendary Hildebrand and his beloved Hellalyle. The book is full of picturesque scenes of the events in Medieval Europe and it gives us the opportunity to immerse in the spirit of those times. It will be a good read for those interested in history, literature and romance…”  – Alexandra Suyazova, Teaching Fellow of English, Saint Petersburg, Russia. 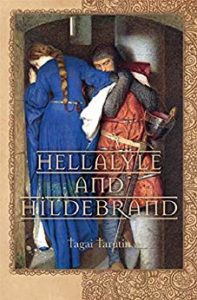 CLICK HERE TO REQUEST A REVIEW COPY OF
HELLALYLE AND HILDEBRAND

He has worked most of his professional life within the sales industry but has always maintained a keen interest in Arts and Humanities. He has travelled in West Europe, and has ventured further to the far South Atlantic, and European Russia, to quench his desire and anxiousness to see parts of the world where many mystical destinations on the historical map lie.

What is beautiful and appealing play an essential part in his imagination and creative process. He also uses an author Pinterest account to aid in gathering pictures that inspire his writing.

‘My book “Hellalyle and Hildebrand” has been written with a minimum of dialogue. Some would say “clunky”; the reason I did this was that I did not want the narrative read in a modern idiom. It cannot be ascertained for sure in the distant past exactly how the emotions between people were expressed and felt; whether comparable with that of the 21st C. For that reason, the text does not sprawl with incidental language which I think has no place in a story from mediaeval Europe of the east. I hope the drama in the tale is understood and accurately represented by the scenes described.’ – Tagai Tarutin’s Blog: Pinterest (August 24, 2019)

There are two more novels in the works, of two varying genres that lie yet to be completed. Watch this space! 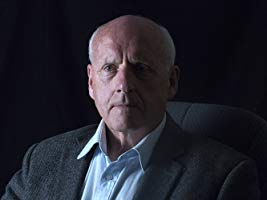 ‘My father gave me a glorious guard
Twelve noble knights were my watch and my ward
Eleven daily served me well,
But oh, I loved the last – I fell,
My true love’s name was Hildebrand,
And he was prince of Engelland.’

Hellalyle and Hildebrand (extract from a Danish Ballad, translated by Whitley Stokes 1855)

The ancient saga begins in a land near the Baltic and Kievan Rus, where an innocent young noblewoman dwelled, gifted, a lady like no other, whose presence set the standard of womanhood against which all others are judged. A legend in her lifetime, adored and revered.

Her father is the king, and at urgent request is required at the extreme ends of the kingdom, now forced to leave his beloved daughter behind in an inadequately defended castle. To recompense for his absence, he enlists twelve knights from across Europe to be her bodyguards, charged with her protection until his return. Love befalls the leader of the knights, he is besotted by the princess – an attraction engineered by the spirits of Arcadia, and so he wins her heart.

But love is not so free.

The king becomes infuriated at their love; one that challenges the chivalric order and contradicts what is expected of them, setting in motion a tragedy for the soldier and princess that tests the bounds of familial duty with that of an inescapable romantic love. Will they both survive?

He is a Teutonic knight, who’s body is forced to carry the terrible war wounds he has faced. She is a diminutive, disabled servant girl, her affliction wrought at conception. But are their brave efforts and heroic actions enough to bring positive closure to the lovers’ story.

“A fabulous story that could be easily transformed into a screen version, about a truly romantic relationship beyond any prejudice, driven by pure intentions at the times when the chivalry and nobleness made the difference in survival of a human life.” – Anatoly Leonidovich Rasputin, graduate in English from the University of Linguistics, Nizhny Novgorod, Russia.

Visit the website https://www.hellalyleandhildebrand.com/ featuring a promotional video, filmed at Berkley Castle in Gloucestershire, to get a glimpse into the story