SWEETS IN HIS SOCKS, BIG BREASTS AND ALL THE SILLY THINGS THAT MAKE PRINCE HARRY, THE HARRY WE KNOW AND LOVE!’ 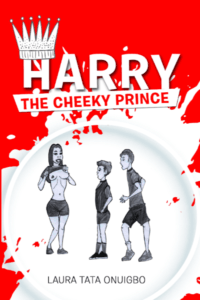 Cheeky:
‘Wow!’ Harry would mutter to himself after spreading the newspaper on his bed and sitting to look closer. ‘Such huge breasts! So soft-looking’, he would think to himself. Then with a wide smile, he would frantically skim through the rest of the newspaper in the hope of finding more breasts but there sadly were no more. He would return to the juicy page and keep looking at the well-endowed angel, who seemed to be looking back at him, until he fell asleep. – Excerpt teaser from Chapter 10.


Review copies of ‘Harry the Cheeky Prince’ are now available

Royalist: A supporter of monarch or monarchy, one who supports their country’s royal family or who believes that their country should have a king or queen.

Do you have to be a royalist to admire and love Prince Harry? I don’t think so.
He is often considered the most popular royal, palpably exuding the morals and personality of his late mother, Diana Princess of Wales. Harry is loved all over the United Kingdom, and not just for his present-day philanthropy, humanitarianism, or veering behaviour that challenges the traditionalisms of what was and is expected from a member of the UK royal family.

This book explores how it all began for the Duke of Sussex, from that cheeky boy sticking his tongue out at the hungry press to all stories and milestone moments that got everybody else’s tongues waggling. While this book is based on royal occurrences and some famous utterances by members of the then young Wales family, complementing background stories and dialogues have been composed by author Ms Onuigbo to harness the entertainment in those tales, referring to resources including Katie Nicholl’s William and Harry Behind Palace Walls and Peoplemagazineonline during the process.

Harry the Cheeky Prince is your exclusive royal invitation into the cheeky but endearing stunts our young prince pulled while growing up, many of which are accounts not widely known, including by his wife Meghan!

Sweets in his football socks during a game, or the time he was a man on a mission, desperately attempting to see their close friend, Tara’s breasts!

Glazed in humour and stories that will keep you hooked until the end, Laura Onuigbo will take you on a smooth ride through an unforgettable journey of Prince Harry’s remarkable childhood.

The book is also available to purchase on Amazon:

Laura Tata Onuigbo is from Nigeria. She holds a Bachelor of Arts in English from University of Nigeria, and a Master of Arts in Public Relations from Southampton Solent University, United Kingdom. 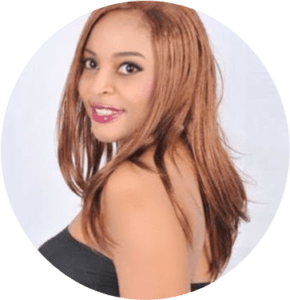