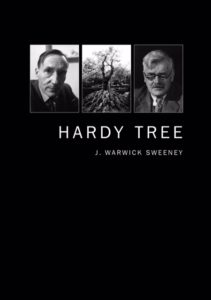 The previously untold story of rebirth from heroin addiction of a literary icon, crucially facilitated and saved by one doctor’s unwavering compassion to heal.

The inspirational and timely biographical novel and memoir of pioneering addiction therapist Dr John Yerbury Dent sees through his philosophy of addiction treatment and human compassion, that will leave you with a deep respect and admiration for a man who thought around the edges instead of in a direct line.

His grandson Warwick Sweeney articulates in his book ‘Hardy Tree – A Doctor’s Bible’, what Dent pioneered in the field of addiction, a realm of conversation that has fallen on many deaf ears in a world more susceptible to it than ever. Here Warwick enacts the creative license to trace Dent’s life through his unpublished memoirs and correspondence, in a natural flow that veers between the jocular and deadly serious references Dent makes within his literary comments throughout his career.

“I hope you enjoy Hardy Tree and its stories but there is a purpose to it all. It tells the tale of a doctor. It is analogue not digital. It reminds us of an age when a doctor’s appointment was a consultation, a dialogue of mutual benefit. As we anticipate medical transactions by app and delivery of our pills by drones maybe this should give pause for thought. Is there a connection between the rise in psycho-social disorders and the inexorable drive for efficiency? Are doctors losing sight of their ability to heal?”
– Warwick Sweeney, Preface


Most notably, it is the man you see sitting studious on the right-hand side of the cover that paints Dents most heroic moments, the treatment of the iconic author William S Burroughs for opiate addiction. Anonymous, literarily unfulfilled and knocking on deaths door, Burroughs comes to London and is sent to knock on Dent’s. Social, cultural and medical history intertwine themselves the troubling overtones of political injustices, social upheaval and urban squalor.

Warwick Sweeney communicates expertly, the chain of extraordinary coincidences interspersed with nightmarish visions outlining the over medicalised world his grandfather predicted, the one we currently inhabit dominated by a lab rat culture, spineless government and corporatism.

Beginning in a modest Cumbrian village, Rampside. A boy from Edwardian London visits London every Summer, visits that are undisturbed until a shocking event hurtles him into an adult world seething from its own doubts and complexities. Emerging from a boy to a young man, he embarks on a medical career against a shifting political and social structure, which catalyses his brutal baptism into doctorhood.

Suicide and bacteria threaten to weaken his resolve, but survival greets him as a champion of the poor, and against all opposition from Law, State and Church, his successes are begrudgingly accepted by the milieu of intellectuals that disregard his pioneering of the most beguiling diseases to beset society.

His life sees him challenge drug policy, warning of the consequences possible if his advice is batted away as easily as those he challenges imply. He is ignored.

He isn’t surprised to see himself mocked in his irrelevance to the people he wants to warn, at which point is the moment a washed up American, submissive to heroin addiction and a long list of tarrying demons, turns up at his door. In time, the patient is healed from his biochemical crisis from the doctor who now had spent years observing psychology and interlock between memory, and with that blossomed an enduring and mutually rewarding friendship based on patience, compassion and trust. Armed with profound understanding and recognition, the American lives on to become the greatest postmodernist writer of the Twentieth Century.

A note on Hardy Tree, it’s structure and ways it can be read.

If you are interested in an autonomous approach to doctoring that sprang from a wish to heal not medicalise you may enjoy a young doctor’s approach to life. The second story deals with the same doctor and his treatment of an unfulfilled literary genius for heroin dependency. Late in the doctor’s life he had developed a knack for knowing when to inject and when to talk. Both stories interlock in a variety of ways.

What people have to say:

‘Dr Dent’s waking suggestion as practised with William Burroughs at the end of chapter twelve shows what our medical, educational, and religious establishments ought to be doing — helping people conquer their fears by communicating with both their conscious and subconscious selves. The influence this would have had on Burroughs’ writing is impossible to deny.’

The burden of opiate addiction on society and our health services is catastrophic. If you have ever been interested in the political and ethical dimensions surrounding British drugs policy either from a medical, scientific, legislative or ethical position, then these sites may be of interest to you for more information:
– https://apomorphineversusaddiction.com/
– https://apomorphine.info/

Warwick Sweeney’s interest in the themes of these books has always been driven by his maternal grandfather John Dent. He believes his grandfather’s socially-conscious methods have been cast aside due to corporate greed.

He is a London based Photographer with a broad range of specialisation and experience and has spent his life wandering the Earth taking photographs. He has explored Architectural Photography, Industrial, Portrait, and Editorial Photography. Warwick is equally at home with both analogue and digital photography and supplies both.

Warwick is additionally a ceaseless campaigner for utilitarian environmentalism through better Science, better Medicine and Art. 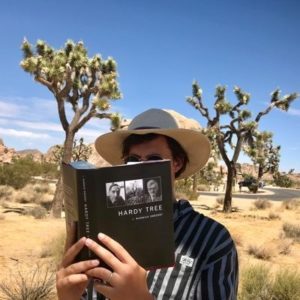