The story of a Jewish family torn apart by war, divided by political boundaries, but forever connected by love. 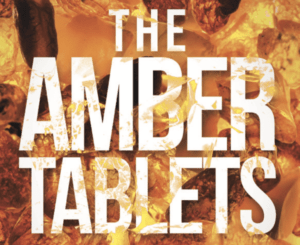 Three tiny pieces of amber as small as medicinal tablets, one the colour of clear honey with a fly petrified at its centre; one dark as treacle toffee; and one delicately carved into the shape of an eagle’s talon.

If the ‘amber tablets’ are lost, will the magic desert them all?

Inspired by a cousin who survived the 900-day siege of Leningrad in the early 1940’s, and by a visit to the reconstructed Amber Room in the Catherine Palace in St Petersburg in Russia, The Amber Tablets is a powerful historical family saga.

The story follows Simeon Karminsky, a slave labourer tasked with dismantling the world-famous mosaic panels for shipment from Leningrad to the Baltic. Labourers are slashed to death in front of him by the Nazi oppressors who control him, for attempting to steal a single piece of this amber mosaic. In an act of defiance, Karminsky swallows three, and so ensues his belief that being the sole survivor of a mass murder, he now possesses three little ‘amber tablets’ that have saved him.

Would these ‘amber tablets’ really contain the power that reaches far beyond his future to that of his twin sister, Hanna; or his young surrogate son Arieh Weinstein. What about his second wife, Gilda? 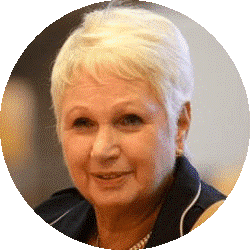 Andrea Kon is a first-time novel writer, previously working as both a freelance journalist and staff writer on numerous national magazines and newspapers in a successful career spanning over five decades. Her work has contributed to big names including the Daily Telegraph, TV Times, the British Daily Mail and Reader Digest. Her subject matter has ranged throughout a wonderfully diverse spectrum, fashion, finance, triumphs over tragedies and celebrities, just to name a few. Her first book was a biography of Petula Clark, published by W.H. Allen.

Andrea is a grandmother of seven. Widowed in her early 40s, she took inspiration from her own life and manufactured meaningful and relatable outreaching material to help others find their coping mechanisms, furthermore to provide a source of accessible information from her first-hand experience that provides unlimited value to readers. Take a look at How to Survive Bereavement and additionally How To Find Love in Mid-Life (both published by Hodder and Stoughton and available on Amazon).

“It all began 11 years ago, in May 2007 when my husband and I went on a Baltic Cruise.  We booked a day trip from Leningrad to visit three Royal Palaces in Pushkin, about 26 kms outside the City centre.  It included entrance and a guided tour of the reconstructed Amber Room in the Catherine Palace. – the scene of one of the greatest art mysteries of modern times.

I’d read so much about The Amber Room.  It was such an incredible story. How the original Room brought to St Petersburg in 1714 was dismantled during the German invasion of Russia some time between September and November 1941.

In a desperate bid to save one of Russia’s most important treasures, they used a paste of flour and water to stick cigarette papers over the precious amber mosaic panels that comprised the Room. Their unorthodox treatment rendered the amber mosaic pieces fragile and unstable, but there was nothing else to be done. With only hours to go before the Germans reached the palace, the whole Room was covered in haste with hessian in an attempt to hide it.  However, it was all in vain.  A curious young soldier stood against the wall, found it unexpectedly soft, thrust in a pen knife and the Room was discovered.

As I stood in that so beautiful Room, I had an idea for this book. Perhaps the amber was removed by a slave labour gang? My mother’s cousin could so easily have been among them. Would 150 men have been enough to strip it quite bare. If so, who were they? Where had they come from? What if only three pieces of the original amber from the complex mosaics had survived and turned up one day?

How could that happen? So, the notion for The Amber Tablets was born.”

For more information on Andrea’s inspiration behind her debut novel, visit her website blog at the link here:  https://andreakon.com/blog/

It was bitterly cold. Snow was blowing in through the frames of the glassless windows, laying a hem of delicate white lace to melt on the intricate wooden parquet floor beneath. His painfully dry mouth began to salivate. If only he could lick it, run to the other side of the room, and scoop up one huge handful to assuage his thirst and perhaps even ease this dreadful hunger that was gnawing at his stomach like the sharp claws of a rat. For him and the other 150 shivering slave labourers working to dismantle the vast amber mosaics in this place, starvation was a constant partner, teasing them with the knowledge that they were still alive, threatening to overpower them with sudden death. All the labourers were clad in nothing more than thin cotton blue-striped pyjamas. By contrast, seven well-fed, whip-wielding soldiers warm in heavy grey greatcoats, their throats muffled with thick woollen scarves, their hands warmed by lined leather gloves, were stationed round the room, thrashing their arms back and forth around their bodies to retain heat. All of them wore the black peaked caps of the Gestapo.

Simeon Karminsky was about to lay a small piece of the fragile amber mosaic that had fallen from its panel into the gauze cradle attached to the “coffin”, where it was to rest, when he became acutely aware of the tiny honey-coloured piece in his hand. A screech of terror from the right-hand side of the room suddenly shattered the eerie silence. Until that moment, and although there were around 150 men in the room, the only noise had been caused by their movements. But this was an animal scream. Simeon looked across. The sound lowered to the howl of pure animal anguish, like a wolf caught in a forest trap, as steel-tipped whips lashed out, scoring into the skeletal frame of the man being beaten.

The SS officer in charge blew a whistle. Work around the room stopped. “I warned you. Did you think we wouldn’t notice little pieces of amber sticking out of your ugly earholes, you Jew fool?”

Simeon and his workmate had lowered the huge panel into the crate before standing straight in obedience to the whistle. Simeon looked down at the tiny piece of resin with a single insect at its centre still in the palm of his hand, no bigger than a headache tablet, and suddenly, inexplicably, he was obsessed by an urge to swallow it now, while everyone’s attention was diverted. He focused hard, his thoughts recalling the delicious taste of his mother’s warm chicken soup, thick with chopped vegetables and golden fat floating over the tiny pieces of chicken that hovered just below the surface. The little morsel of amber was similar in colour to Mama’s soup, that deep appetising golden liquid that washed down his throat, leaving behind the taste of deliciousness. He could smell the soup, and his mouth filled with saliva. He pretended to wipe his mouth, but instead he placed the amber “tablet” on his tongue and swallowed hard. It was gone almost before he realised it, leaving a bitter, sticky, floury taste. Although the tiny insect had been petrified inside the piece of amber millions of years ago, he wondered vaguely whether it might have retained any nutritional value. He was so desperately, terribly hungry.

The man continued to scream as a steel-tipped whip played agonisingly around his thighs, calves, and feet, cutting into the frail skin so that everyone could see the thin streams of blood that dripped down his bony legs. He appeared to be doing a bizarre dance. All eyes were on him, even those of the SS officer in charge, who stood smirking, a cigarette in a tortoiseshell holder balancing on his bottom lip. The whips cracked again. The screams had quietened to a low, continual guttural whine until the next whip crack, when they intensified again. The man’s arms and legs were flailing as he tried to hit back at his attackers with almost superhuman strength. It looked as though even the two large soldiers who were trying to contain him had failed to quell the ferocity of their frail victim’s response to their beatings. Now there were four well-built, well-nourished soldiers grappling at the victim’s hands and feet. At any moment, Simeon thought, the man’s manic agony would surely be ended by a single shot. Humans didn’t treat rats like this.

Simeon leant forward towards the cradle, pretending to put another piece of mosaic into it, but instead he lifted one out. It was a small, manysided piece. He could feel carving on its exterior. It was dark as a treacle toffee. The remembered sweetness of toffee filled his mouth in place of the savoury chicken soup. He thought he would kill for a real taste of toffee. He swallowed the second piece just as the man’s screeches rose to a crescendo. All attention was glued on the madman now. No one was taking any notice of Simeon Karminsky.

It was a private challenge: Simeon Karminsky against the pure evil of the entire Nazi regime. He stretched his arm into the cradle for a third time and picked another piece out by touch alone. He managed to glance at it briefly before putting it into his mouth. It was a darker gold than the first piece, but whereas the other two had been unconventional shapes, this one was long and thin. Its surface was etched with fine deep ridges ending in a tiny smooth, curved, claw-like end. It might have represented an eagle’s claw, its talon. Only as he swallowed it did he realise he’d misjudged the length of the thing. It stuck in his throat, causing him to choke.

The sound of whips beating against the wooden floor, the poor man’s high-pitched yelps, and a shot fired across the room all echoed loudly, masking Simeon’s cough. He watched the victim fall to the floor like a marionette whose puppeteer had suddenly dropped its strings. A second shot was fired into the prone body. Simeon had to stop coughing. He drew on all his willpower, knowing that if he didn’t control himself, the gun would be aimed at him. He swallowed again, hard. The thing was moving down his throat, the natural, unconscious action of swallowing taking over his gullet.

The man he’d spoken to earlier sidled close. “Did you do what I think I saw you do?” he whispered.

“Depends what you think you saw,” Simeon Karminsky replied in a hoarse whisper.