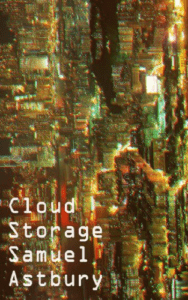 An unhinged British backpacker meets ‘Michi’: a desperate, underemployed Japanese ‘Freeter’, on the communal couch of a dilapidated Osaka hostel. The pair form a close bond while exploring the regular haunts of Japan’s ‘lost generation’.

While travelling through the slums of Ho Chi Minh City, the Englishman is drugged by a sinister betel nut peddler on the banks of the putrid Thi Nghe canal.

Finding himself alone and stranded in an unidentifiable Megacity saturated with multinational brands, ice-white tablet computers and über-trendy Asian design students, the young man must fight his way through the city’s vast Junkspace shopping mall as chaos descends.

“Samuel Astbury’s Cloud Storage might just be my book of the year… If this bizarrely brilliant book meets with the success it deserves, there will one day be discussion pages on which people debate its meaning ad nauseam, just as they do for Catcher in the Rye and Lord of the Rings and, indeed, The Prisoner. It doesn’t matter. Good books ask you questions. Books as good as this make you ask your own.”
Mike Robbins 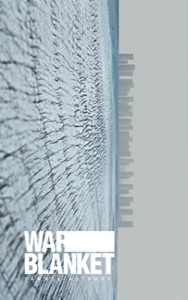 The heat is unbearable.

The city is on its knees.

The ‘War Blanket’ is on everyone’s lips.

When a series of prophetic visions show it buried in the ice, a young couple journey to the frozen ‘New North’ to find it.

“Strong literary voices, uniquely rendered settings and characters and organic plots that just sweep you off your feet and leave you begging for more.”
Sherrod M. Wall

CONTACT US HERE TO SECURE A REVIEW COPY OF WAR BLANKET 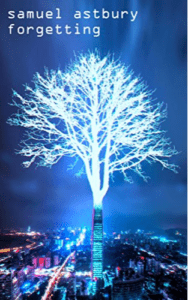 On the streets of present-day Manchester, an amnesiac young woman begins to receive memories belonging to a nameless young boy. Compelled to discover more about him, she visits his now-deserted hometown and makes a horrifying discovery.

Haunted by visions of a monstrous beast born from the boy’s childhood memories, she sets off on a desperate search for him through the neon-soaked streets of Hong Kong and Shenzhen.

“Astbury’s a very visual writer and every page is a pleasure.”
Mike Robbins

CONTACT US HERE TO REQUEST A REVIEW COPY OF FORGETTING 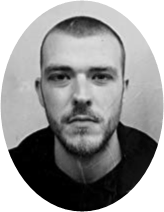 Samuel Astbury is a social worker and writer of dystopian fiction born and raised in Cheshire, England.

He spent most of his twenties exploring various East Asian megacities and now resides in Manchester with his wife and young daughter.

He eats Jamaican patties almost every day and is extremely tall.

I’d been staying at the hostel for five nights, and we had worked our way through the standard Osaka tourist route: Nijo castle, Dotombori, Umeda Sky Building, Okonomiyaki filled pancakes by the Taito Towers video arcade. She invited me into her room that evening, and as we undressed each other in the blinking hazard lights of the owner’s Mitsubishi Shogun I discovered a huge tumescent bloom on her inner thigh. She screamed and turned on the light with a clap of her hands – a foot-long kidney-shaped patch of bedbug bites. The moment was lost, and she left in silence to speak with the manager.

That was the night I met Michi.

A young Japanese man sleeping prone in the hostel‘s communal room couch: slight even by Japanese standards, with a starless bouffant and a fitted paisley shirt – some sinewy East-Asian Johnny Marr.

No-one knew who he was or what he was doing there – the hostel was frequented exclusively by gaijin, and Japanese usually avoid such places. We figured he was probably homeless, or crazy, but we never really found out. Later that evening I found him leaning over the railing of the balcony, drinking Red Bull and feeding on a dried-out Marlboro red. He turned and smiled and looked me up and down.

-‘I am okay, but…that couch is not…comfortable, you know?‘

Some inscrutable mandarin intellect, his eyes old and calm and melancholy.

He offered me a cigarette, and I bowed and accepted with both hands. We talked about Osaka, Bangkok, and the Portuguese hotel manager, I tried to explain the appeal of ‘Borat: Cultural Learnings of America for Make Benefit Glorious Nation of Kazakhstan (2006). He’d watched a pirated copy earlier in the evening, and couldn’t make head nor tail of it.

His eyelids twitched, his brow flexed, and he struggled to speak. He lowered his head and searched desperately for something to say.

Several weeks earlier, a 22 year-old English teacher had been buried in a bath of sand and compost soil on her apartment balcony. The killer had been on the run for several weeks, and a diplomatic row surrounded the ensuing court case. Her parents had criticised the judge‘s decision, and made regular, tearful appeals for witnesses on Japanese TV.

“The writing is just so good. It is jaded and sarcastic and sensitive and funny and irreverent. It is honest.  Samuel Astbury is an impressive writer.”
Sonal Panse

REMEMBER TO GET IN TOUCH TO ARRANGE YOUR REVIEW COPY