Chris Coppel – A thriller that instantly ensnares its readers 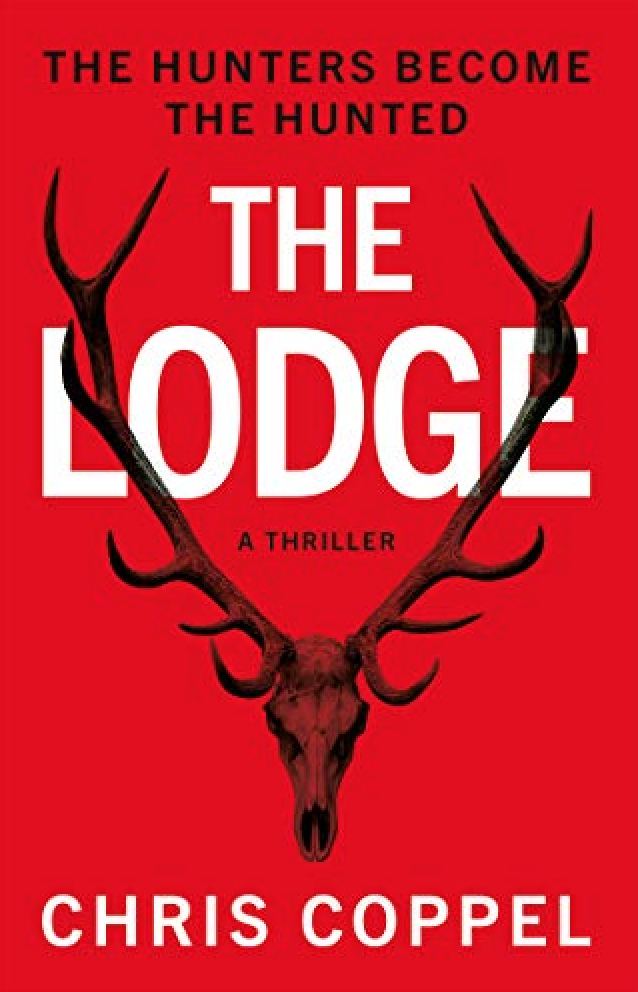 A thriller that instantly ensnares its readers

Chris Coppel’s latest book, The Lodge, is a gripping thriller that redefines what it means to be hunted when the people become prey in a disturbing horror.

The Lodge unveils the mystery of a hunting lodge in the remote hills of the Scottish Highlands during the Christmas holidays. After the report of an accidental death at the lodge, Andrew, a young constable from the nearest town, drives up through a growing blizzard. Snowbound, Andrew and the guests take cover at the lodge as the terrifying ordeal unfolds. These animals have souls. Souls that won’t rest until they’ve had revenge…

Ever wondered what it would be like if hunted animals were able to fight back? And, will the hunters become the hunted?

The Lodge is a fast-paced and original thriller from the start. Its central character, constable Andrew is stationed at Kingussie, ‘a small town in the middle of nowhere’. It’s clearly a cold and isolated setting in the darkest corner of Scotland. The remoteness and the freezing conditions outside kick-start an early chill factor as does the dramatic opening phone-call to Andrew:

“Please help! It’s awful. One of our guests! He’s dead. Please hurry.”
Andrew could see on the computer interface that the call was coming from the Waylight B & B, about twenty miles from the police station. Twenty miles straight into the hills beyond Drumguish. Not a pleasant drive in the dark. Even worse as it had started to snow…

There is a growing sense of foreboding that creeps through every chapter of The Lodge. The author deliberately foreshadows fear with clever descriptions, ominous sightings, dream sequences and inventive dialogue. Vivid images of hunted stags, threatening animals and unexpected gruesome discoveries heighten the suspense levels in this captivating thriller.

Helen led him into the shed. Leon was in the locker room, trying unsuccessfully to unhook a side of beef from the metal ceiling grid. Andrew stepped in to help, and grabbed the other side of the carcass and lifted. Both men were straining but without much success.
“I thought you were going to tell me that Alan had shown up,” Andrew said.
“He did. You’re holding him.”

The author skilfully creates a sense of entrapment, inviting readers to share the same perilous experience the unwitting guests find themselves in as they become caged inside the doomed hunting lodge.

By the harsh beam of the torch, they could see that the shapes were actually stags. Hundreds of them. They stood side by side encircling the entire property line. Steam plumed from their flaring nostrils.

The Lodge is a chilling well-written page-tuner that captures the reader’s attention from start to finish and will have readers revelling in its fear factor.

Review Copies of The Lodge and interviews with the author are available on request.
Contact us here for details.

Chris Coppel was born in California and has since split his time between the USA and Europe, living in California, Spain, France, Switzerland and England. Chris has held senior operations positions for both Warner Bros. and Universal Studios. Chris also held the position of Director of Operations for UCLA’s Film School where he also taught advanced screen writing. Chris and his wife Clare spent many years helping animal rescue with Best Friends Animal Society in Utah. Before joining Best Friends, Chris was President and Managing Director of the Home Entertainment Division of Testronics in Los Angeles.

Following in his father’s footsteps (Alec Coppel wrote Vertigo among many other successful movies) Chris has written numerous screenplays as well as the novels Far From Burden Dell, Luck and The Lodge. Chris is also an accomplished drummer and guitarist. He and his wife currently live in the UK.