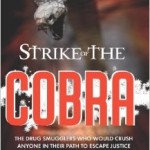 Excerpt From Strike Of The Cobra – @StephenHeubach

As Daniel stood and looked at the screen to see his boarding time, a wave of uncertainty came over him, one he could not really justify. With nobody to whom he could sensibly discuss his worries, the situation in his mind started to escalate. Daniel was now seriously concerned as to where he was going […]

Excerpt from ‘Dance With The Devil’ by Kris Lillyman – @krislillyman

A Brief extract from ‘Dance With The Devil’ by Kris Lillyman   Carlo Liuzzi watched from his study as the car carrying his only daughter and her new born bastard departed. Maria had been his world once; the only truly good thing in his whole, entire life. She was beautiful and innocent and he had loved her […]

Excerpt from ‘Bad Blood’ by Kris Lillyman Even though the war had been over for three years, it was difficult to notice it in Peckham, South London where we lived. Times were tough, money was scarce and work was hard to find. Food was still on ration and rubble from destroyed homes could still be found on […] 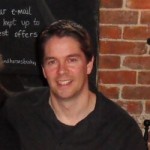 For the rest of the drawn out afternoon, which hardly appeared to be moving at all, he resisted the temptation to look at the ridge but continued to work steadily, so as not to attract unwanted attention from the already over attentive guards. Finally, he managed to catch Sooni’s eye. “Sooni, I think I saw […]