Thrilled to be back, Dowson’s fourth book in popular crime series. 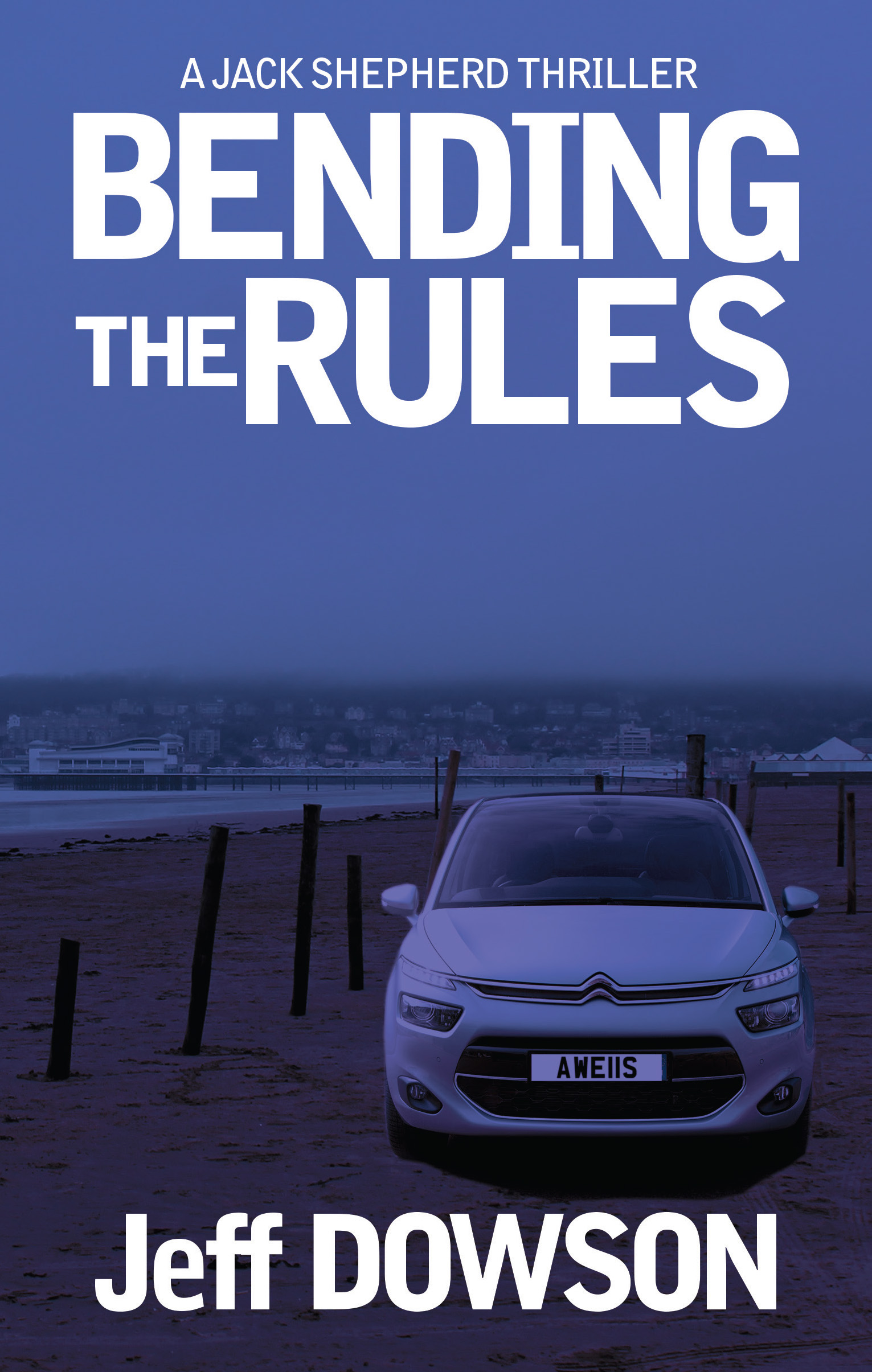 Dowson’s successful crime-thriller series debuted with Closing the Distance in 2014, introducing readers to the enigmatic private investigator, Jack Shepherd. His second and third books, Changing the Odds and Cloning the Hate, followed respectively in quick succession with his latest instalment, Bending the Rules, proving to be just as popular for crime-reading enthusiasts.

Common to all Dowson’s books, the opening chapter of Bending The Rules is a dramatic one that instantly grabs the reader’s attention and reintroduces our main man to a puzzling new crime scenario. When low-budget solicitor, Avery Wells, is curiously found dead, Shepherd is hired to investigate the case because Avery’s sister has questioned the police’s uneasy verdict of suicide. Shepherd returns to the scene and starts doing what he does best: “Which is why private eyes get the work. It needs a kind of hands on expertise the police don’t have…”

Review copies of Bending the Rules are available now.  Contact us here for details.

For those already familiar with Shepherd, it is never too soon to hear from the straight-talking private eye again: “I’d like to wash if you don’t mind. I’m not going anywhere. You’ve got my wallet and the gun. I just want to clean up.”

Our savvy central character has another hard-hitting case ahead of him which doesn’t begin well when he finds Keith Williams dead in his garage and his business card in the man’s wallet: “The sleuth kicked in automatically.”

As always, he is the master of sleuth and unfazed, he negotiates a run of suspicious cops, unscrupulous clients and hardened criminals. With nerves of steel, he swerves from crime scene to street villain on a quest to uncover the truth via a patchwork of illicit goings-on that pepper spray the plot.

The setting remains the same, buzzing bright lights of Shepherd’s beloved Bristol, with realistic descriptions that root the story to familiar locations around the city. Shepherd owns these streets and in true Bristolian fashion, with a unique brand of his own, he is proud to patrol and protect the people living here.

Meanwhile, Dowson never deviates from his character’s quirky personality, and referring to Shepherd, he writes: “He’d say I was a bolshie bastard.”

Shepherd’s sensitive side remains on show and, as ever, he builds close relationships with his clients, exposing his emotions and humanity. As another case closes, he feels the loss of the people he has come into contact with and will mourn those relationships: “In my work I have come up against power junkies, manipulators, exploiters and flesh peddlers. I have looked into the eyes of killers. Nonetheless, the end of each case produces its own brand of loss. The book is closed on another story and another cast of characters I will never meet again – at least not in the normal run of things. But then nothing is really normal in what I do.”

The drama continues to unfold and the narrative and dialogue ricochets into many directions. Shepherd encounters a maze of corruption and a collective of baddies, including a billionaire broker, a questionable chancer, an expensive QC and a desperate wife. Navigating accusations and lies, he uncoils his fair share of sleaze and murder, collecting unlikely allies and a love interest along the way. The closed case becomes a violent investigation with Shepherd calling the shots as he seeks out the truth and upholds his badge of honour. But, with time in short supply, he is forced to confront and question some very dangerous people before the puzzle can be solved: “What was Avery doing in Newcastle? Does this link to his death? Who was he supposed to meet on the beach at Weston? Was it a set up? If so by whom?”

This fast-paced fourth book in the series is superbly constructed with stabbing, punctuated sentences that highlight its fast flow of quick-fire sequences: “But I ducked low enough to dodge the bullet. It scorched over my back and on into the distance. I kept on going. My head hit him in the crutch. He yelled out in pain and surprise.”

Where the Jack Shepherd persona is the reliable master sleuth, Dowson is unquestionably the expert crime writer also doing what he does best. In Bending The Rules, he explores his main character further with an arresting storyline that delivers all the expected elements of crime and corruption, mystery and murder: “The trouble is, Jack,” he said “around you people die in handfuls.”

Like all his preceding books in the series, Bending The Rules does not disappoint, keeping readers as hooked as ever on Jack Shepherd’s exploits. This book has a balanced concoction of characters, plot-lines, red herrings and shocks to satisfy target audiences and attract legions of new fans.

Dowson’s thrilling series is highly recommended and will certainly quench readers’ thirst for an entertaining, formulaic and weighty crime-buster. The Jack Shepherd series is crime writing at its best with a novel cast of supporting characters, solvable riddles and sub plots to engage his readers to the finish line.

Review Copies of Bending The Rules and interviews with the author are now available on request.  Contact us here for details.

Other books in the Jack Shepherd Thriller series:
Closing The Distance (Book 1).
Changing The Odds (Book 2).
Cloning The Hate (Book 3).

Praise for the Jack Shepherd Thrillers:

“A British detective in the tradition of Marlowe and Spade.” – Andrew Hickling

“Dowson has the laid back charm of a British Walter Moseley.” – Derek Lister

“The Jack Shepherd series gets better, more passionate and powerful all the time.” – Mystery People Magazine

About the Author
Jeff Dowson began his career working in the theatre as an actor and a director specialising in productions of modern British and European playwrights. From there, he moved into television, and after early Channel 4 commissions he became an independent writer/producer/director. Screen credits include arts series, entertainment features, drama documentaries, drama series and TV films. Turning crime novelist in 2014, he introduced Bristol private eye Jack Shepherd in Closing the Distance. The series developed with Changing the Odds, Cloning the Hate and Bending the Rules. The Ed Grover series, set in Bristol in the years following World War 2, opened in spring 2018 with One Fight At A Time.

Born in northeast England Jeff now lives in Bristol. He is a member of BAFTA and the Crime Writers Association.