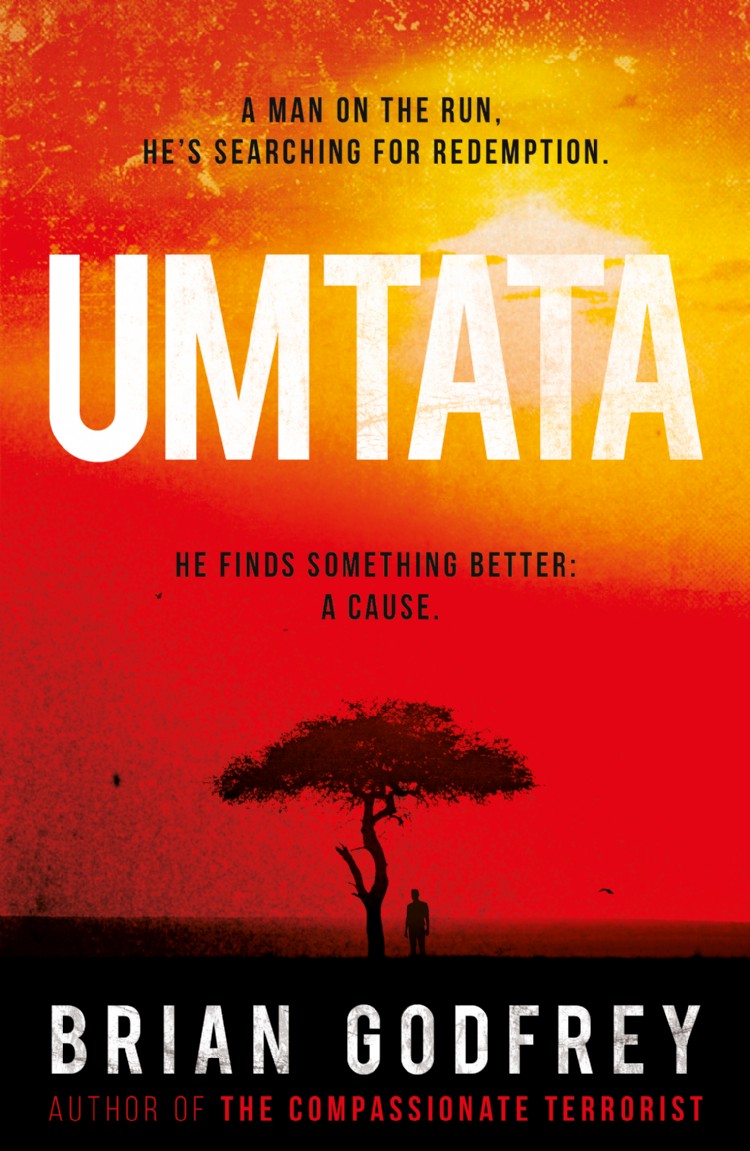 “I like Barney and in reading this story, I only expected to empathize with him and not like him. See, I’d made up my mind that I’d not like his actions, however, in meeting Naomi when he’s trying to stay undiscovered- gives him a cause, and from then I was taken in a journey of self-reflection and action.
This is an intriguing story.”
by Dora, troubadour.co.uk

“An interesting story about a young Irish IRA member who becomes disillusioned with the cause and decides to escape. Hunted by both the IRA and the English MI6, Barney establishes a new identity and travels as far away and as quickly as possible, hiding away in a small southern African town.”
by Eric, troubadour.co.uk

A MAN ON THE RUN…
HE’S SEARCHING FOR REDEMPTION…
HE FINDS SOMETHING BETTER…
A CAUSE.

UMTATA is the jaw-dropping crime thriller, the second in a soon to be released 3-part series, that explores instinct, identity and morale as a means of surviving the past and navigating the present. Absconded from his past life, trainee assassin and complex man Barney, left to find peace far away to escape his fugitive status and hide from the authorities who are after him. Establishing a new identity in a small African town, Barney hoped he was safe to live his life far from the target on his head. They will not let him live if they find him

Naomi is an isolated mother, separated from her children, left entirely hopeless as she wonders whether they are alive or dead. Distressed and alone, Barney appears in her life and she turns his life completely on its head.

Barney takes on the search for Naomi’s children alongside her, immersing himself in the task to find them. Not much time has to go by before they both realise the immensity of the situation they are now involved in and fearing the worse they become disillusioned as they desperately attempt to find leads.

Destiny plays a hand as they find their lead, but risk breeds dangerous consequences. With Barney now exposed to the world he was trying to escape; his next decision will rely on his conflicting moral imperatives as he chooses his next step.

It is the sequel book to Brian Godfrey’s earlier work, ‘The Compassionate Terrorist’, released 25th October 2016.

Author Brian is currently writing the final book in the trilogy, ‘The Sands of the Tigress’, based in Iraq, to be completed this year.

Brian Godfrey was born and bred in Hertfordshire, and after leaving school spent five years on an engineering apprenticeship and attended engineering colleges at Welwyn and Hatfield. He played a good standard of football and represented Essex at Boxing, but at the age of twenty-one he joined the Merchant Navy in an engineering capacity. He later transgressed into the world of nuclear submarines and then into the Oil and Gas industry where he travelled extensively in a management role, representing both contractor and then the client.

The Story behind the stories

“In 1980 I worked in Zambia and met a young lady called ‘Naomi’ and she told me an interesting and touching story about her life. When I left Zambia two years later I promised that I would write a book on her experiences. Two years later I was contracted to work in Iraq; the war with Iran was full on at the time but the uplift in salary appealed to me it was too good to turn down, Naomi story was still outstanding!

The work in Iraq was exceptionally interesting although dangerous; after all it was the birth of civilisation and is the alleged site of the ‘Garden of Eden’. After eighteen months my London based manager pulled me out, the situation had become far too dangerous and he suggested that I take some leave and the company funded the holiday. A week later I was on the pacific holiday island of Bora Bora and sitting next a coral reef, wrote the manuscript for Naomi; it was called ‘Umtata.’

The document was in longhand and stayed that way until a year later when I was transferred to Cape Town. I realised then that I needed to resurrect it and before I expatriated I took it to my office in Paddington to copy it for safekeeping, but the worse happened when the briefcase containing the work was stolen from my car in Islington. Two days later it was retrieved from a canal by the police and a day before I travelled to South Africa I dried each page on a vacant floor of the building where I worked. In Cape town, after establishing the office, I asked our secretary Monica to try to decipher the writing on the water damaged pages and two weeks later returned a neatly typed version to me. It stayed this way for ten years and gathered dust in my loft space in Bishop Stortford.

When I retired in 2015 and opened the document with the intention of writing her story, I instead, wrote ‘The Compassionate Terrorist.’ It was only after this book was published that I finally wrote ‘Umtata’. When it was finished I burnt Monica’s typed manuscript, it contained too many acrimonious information that might offend friends. I had fulfilled my promise made in 1982.” – Brian Godfrey

Contact us here today to request a review copy of UMTATA